Why You Should Envy, But Not Worship Sherlock Holmes

“You see but you do not observe!” 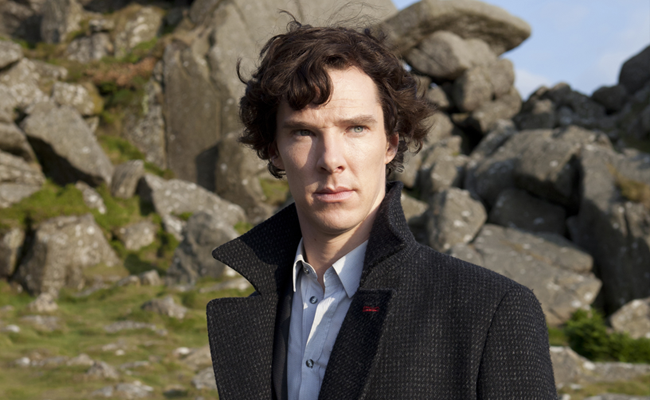 Image Credit: Hartswood Films Why would you envy a man who doesn’t know the names of all the planets, is a “high functioning” sociopath, and has no friends? Because Sherlock Holmes thinks in all the ways we wish we could. And we can, if we follow his brilliant, snarky lead. This January, Sherlock Holmes mania will again confidently assert itself into pop culture, thanks to the BBC’s incredibly popular series of the same name, boasting two of the biggest British actors—Benedict Cumberbatch and Martin Freeman. Leading man Cumberbatch will reprise his role as the world’s only consulting detective. His character is glib, ruthlessly cunning, and hopelessly chained to his own cognition. Indeed, the mind of Sherlock Holmes is the real object of the TV series. It whirls and processes information that we never see and aligns dots that we never connect. Sherlock’s mind, though fictionally impressive, is impressive nonetheless. And we should be impressed—thinking like Sherlock takes more effort than most of us has to give. It is hard not to envy Sherlock for how his mind vaults deftly over hurdles too high for us. One of those hurdles is ever present cognitive bias. Whether we know it or not, each of our decisions is influenced by what we want to see or think. "Confirmation bias,” for example, is the tendency to believe information that confirms or supports our preconceived notions and to ignore or discredit the information that does not. Think back to the last time you researched a controversial topic on the Internet. During your investigation, did you open a tab or two for dissenting opinions, or did you happen to merely confirm what you already thought about the issue? Or think back the last time you took an exam that you got a poor mark on. Whose fault was that? Not yours, surely. It was the teacher who was too hard or the material that didn’t make sense or the questions that were annoyingly worded. And that classmate who got the good mark? That was all luck. A failure to reason accurately about the source of success and failure is another bias—the fundamental attribution error. These quirks don’t stop here. Psychologists have noted well over 100 cognitive biases

. Sherlock finds your error-prone brain...“quaint.” Besides besting bias, we should envy Sherlock because he is amazingly attentive. He does not just see, he observes. Famously, in “A Scandal in Bohemia,” Sherlock asks Watson how many stairs lead up to their apartment. Even though Watson had seen the stairs a hundred times, he could not for the life of him recall how many steps there were--he did not truly observe something he saw every day. Neither do we. If we really thought like Sherlock Holmes, we wouldn’t miss a chest-beating gorilla walking plainly past us, for example. (Don’t believe me? Ask yourself: did you see the gorilla

? Most of us do not.) Nor would we fail to recognize that the person we were talking to suddenly was a completely different person, as psychologists have demonstrated that we do

. We are functionally blind to the things we do not focus on. I know I would miss the slight scuff on a criminal’s shoe that Sherlock would catalogue instantly. But bias and poor observation skills are things that we can eliminate or improve. Sherlock’s real secret is that he isn’t stingy with his cognitive economy. In the 1980s, social science researchers looking to quantify the way we communicate came up with a theory of information processing, or a theory about how much effort we spend on understanding information and how that information sticks with us. The “Heuristic-Systematic Model,” developed by psychologist Shelly Chaiken, was one dominant theory in this field, and it split our thinking in two

. One way of thinking, so the model said, is heuristic—a quick and dirty approach to processing information. Heuristic thinking uses rules and cues to make snap judgments, and therefore doesn’t take much mental effort. When you are cooking, for example, you don't need to perform a microscopic analysis of green, foul-smelling meat

to see if it is full of bacteria, the smell is enough. That is a heuristic judgement. The other style of thinking, systematic, requires much more time and mental energy, but it also is a much deeper analysis and forms longer lasting beliefs. Nobody uses one style exclusively, but we do happen to prefer the easier of the two. We are all cognitive misers. Our brains do not expend mental resources thoroughly examining problems when snap judgments will do. But Sherlock is no such cerebral Scrooge. He seems to have an incredible capacity to think deeply about everything, resources be damned. Of course, trying to think systematically about everything all the time comes with drawbacks. If you stopped to consider every possible permutation of what you could have for breakfast, you would be paralyzed with analysis. Sherlock appears to avoid this, but he does suffer from long bouts of depression/boredom, regularly drives away almost everyone that is close to him, and is unable to perform simple tasks by himself. Despite the flaws, we want to think like Sherlock Holmes, we want to be a superhero of the mind. Why? Why has Holmes endured for so long in the public’s own thinking? Why can everyone, not just the nerdy, embrace the movies and TV shows that feature the detective? I think it’s because Sherlock Holmes is the most realistic superhero of them all. It takes a lot of assumptions, suspensions of reality, and magic to make most superheroes work. Some of their creators have done better jobs than others. Thor—and the mechanics that drive his flight—is surprisingly plausible

; so is the way a dragon from The Hobbit could breathe fire

. But heroes like Thor or even Superman are still magical. That’s why for a long time (until I wrote this post actually) my favorite superhero was Iron Man. Tony Stark—the genius billionaire playboy philanthropist—doesn’t have a magical hammer or the ability to turn sunlight into laser-eyes. He is simply an amazing engineer and scientist. He discovered new sources of energy and put them to work. His suit, the very thing that makes him “super,” is a product of blood, sweat, and martinis, not magic. Through sheer brilliance, Stark can save the world. But you will never be Tony Stark, you will never build a Mark V suit, and that’s the problem. Who is Sherlock Holmes? He’s not rich, (Robert Downey Jr. surely is after bringing both characters to the silver screen), he’s not a playboy or a philanthropist. Holmes is an eccentric, reclusive yet boisterous 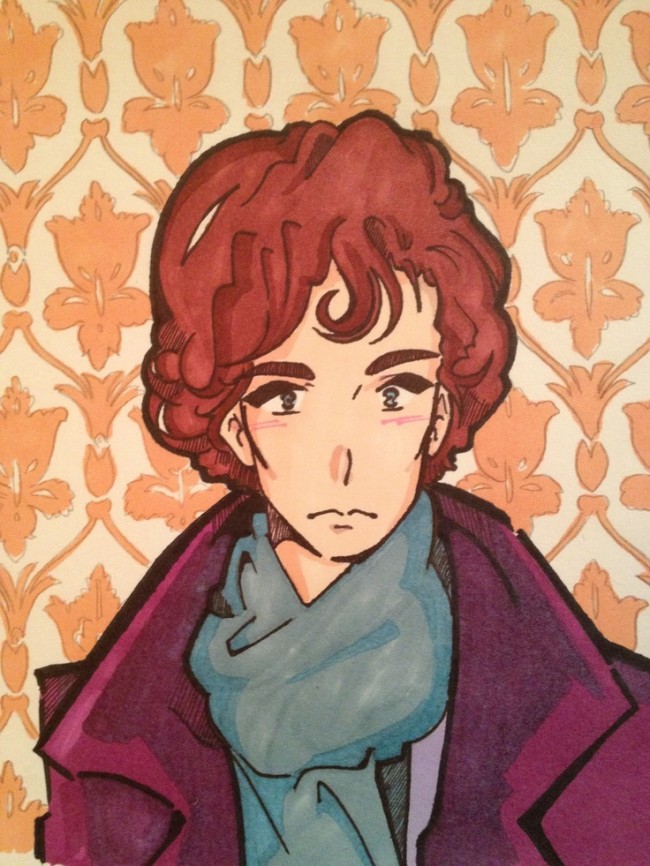 detective. His whole profession is almost one spawned of boredom. He is a brilliant thinker with nothing to do, and so he spends his time aiding Scotland Yard. His introversion comes with drawbacks. He has no friends besides his companion Watson, detests most people and activities, and is unlikely to ever settle with a significant other (as Watson wishes he would). In other words, Sherlock’s flaws are central to his character. In other heroes, flaws or weaknesses are hidden; they occasionally make the storyline. But Holmes is always dealing with demons of one form or another. It makes him relatable, understandable, achievable. Sherlock is a portrait of humanity—he takes nature’s gift of thought and runs with it, bringing along all the human struggles, fears, and insecurities. He’s the hero we could see ourselves being. Albert Einstein, once asked about his intelligence, said, “It's not that I'm so smart, it's just that I stay with problems longer.” Sherlock Holmes is this kind of dedication. He is the method of deduction and observation that he so consistently points out (quite happily) to us. His methods are his powers, and like Watson, we can all learn to use them to some degree--we can be human and a hero. But if you get so bored that you decide to shoot a smiley face into your wall, however, that’s another problem. --