You might have the need for speed, but in video games, you never feel it. Maybe that’s why we went from sprinting at super-human speeds in Doom to trudging along in Call of Duty. 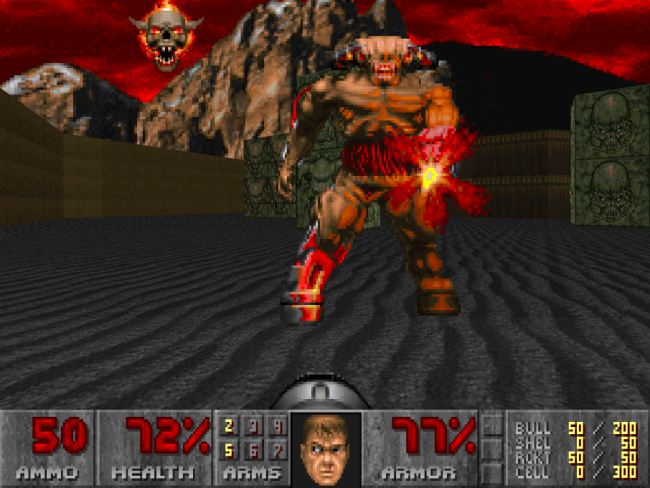 The grand father of modern first-person shooters, Doom. Video games have to fool us into thinking we are going fast or slow. Like how you judge the speed of traffic when merging onto a highway, video game developers use the relative positions of objects to give players a sense of speed. When you hit the gas in GTA V, for example, you get the impression that you are moving quickly because the clueless pedestrians move past the car (or hit it) at a faster rate. But you never quite feel like you are moving faster. This isn’t from a lack of trying. Polishing a game with effects such as Doppler shifts and motion blurring does make it look as though the virtual world is blasting by. On the other end, slow motion effects can make it look as though you are moving through time as molasses. But even with all the effects, slightly accelerating into traffic in real life still feels more like movement. Complicating things further, physics tells us that there isn’t really any absolute speed that we can measure. Everything—real and virtual—is relative. When you rush down a street in your car and look at the speedometer, it reads a measure of miles covered per hour passed. It seems pretty straightforward. But this speed is relative to your starting point. Imagine another car on that street. If the driver were also moving, she would judge your speed as something totally different. You could be standing still, relative to her, if you are both going the same speed in the same direction (relative to the ground). Your speed in a video game is therefore sort of meaningless. It too is relative, and can only be defined by your avatar’s motion relative to other objects in the virtual space. When Sonic the Hedgehog moves through the Green Zone, for example, we get the impression of his speed from how quickly twisted loops and golden rings pass on screen. On the other hand, we get the sense that the frog in Frogger moves pretty slowly based on how quickly the avatar can cross the road. Even in racing games, which often have virtual speedometers, a car showing 100 miles per hour only means it is covering a certain in-game distance over a time period. The disconnect between the feeling of speed and actual motion is clear when you look at the relative speeds of videogame characters. Sonic the Hedgehog is the embodiment of “fast” video game characters. But in his first game, he wasn’t even going as fast as Mario was in Super Mario. Yes, seriously. In the seminal first-person shooter Half-Life 2, the player walks at nearly twice the speed of the average person—in Minecraft, it’s triple. You walk around the World of Warcraftat the pace of a 4-minute mile. For the fastest mover, look at the “original” first-person shooter. The player avatar in Doom moves at nearly 45 miles per hour. That’s close to highway speeds. No wonder older, faster-moving games are referred to as “twitch” shooters. But again, none of this movement, from Sonic to Doom to Cruisin’ USA, feels very realistic. High relative speed was not the answer. We don’t really see games with incredibly fast character speed like Doom anymore because to really feel speed, to satisfy our taste for realism, things have to slow down. 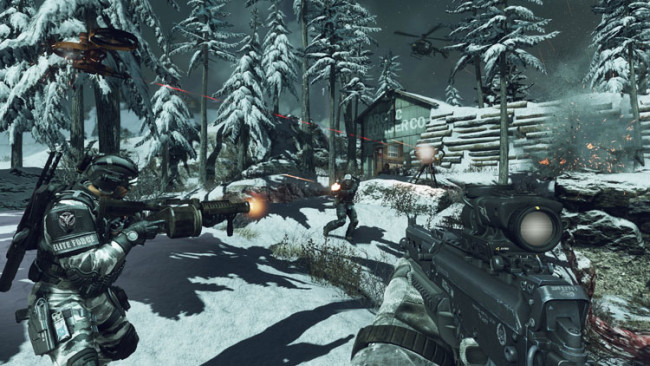 As video games became a bigger and bigger industry, everything got bigger for the players. Graphics capabilities increased, the sizes of the in-game worlds increased, the number of things to do and look at within those worlds increased. For players to see and do all of it, developers had to slow them down. If developers still had avatars running around at 45-mph, the processing power required to render the game world fast enough in front of them would be incredible (and incredibly expensive). By slowing players down, processors could take more time to render the thousands of images and models in a game. Realism meant realistic movement. Another factor in the slow down of video game movement was the move from mostly PC gaming to consoles like the Xbox One and the PS4. These consoles no longer used a mouse as a controller, which could fling the player’s eyes around at lightning speed. With console controllers, the control sticks can only be moved so fast. Again, as the looking speed went down, so did the player speed, which aided in processing and rendering. If it were otherwise, gamers would be running with blurred vision, blinded until they stopped sprinting—kind of like how this tiger beetle hunts. This was a grand feedback loop. As console gaming outpaced PC gaming in terms of profits, games were first developed for the console and then ported back to the PC. Slower games proliferated on systems that once handled much faster movement. Everything in turn slowed down the player. The more practical reason for why video games look more like Call of Duty and less like Doom today is that graphics processors need time to render, and that ultimately puts a speed limit on the player. But there could be a societal reason too. The biggest audience for video games doesn’t exist in a gaming vacuum—they take in other media. It’s understandable for gamers to want video games that mimic modern movies and TV shows in scope and scale. Bigger and better graphics, motion-captured and professionally acted cut scenes, “draw distances” as far as a digital eye can see…this is the realism we crave. A game simply can’t look or feel real anymore when the main character is walking through a fully rendered open-world at what are basically highway speeds. To put all this onto a scale of first-person realism, many of the most popular games we play are “simulationist.” We want to feel like we are in a blockbuster movie. We want to experience the sense of weight and effort that comes with sprinting through an alien ship and the recoil of a shotgun fired in the general direction of an enemy’s face. Of course, there are still choices for non-simulationist gamers. If you don’t want to play a Crysis or a Farcry, you can always hop onto a giant ant for green stars in Super Mario 3D World. But don’t expect first-person games to speed back up anytime soon. Speeding characters up while keeping the same level of realism can be tough on gamers. When players tried out the original twitch shooter Doom on the virtual reality console Oculus Rift, for example, many of them would experience serious motion sickness and would have to vomit afterwards. The immersion of virtual reality can make players feel the speed that the original first-person games had to trick us into feeling. And when more consoles like Oculus Rift make it onto the market, games will most likely slow down again. At that point, maybe we will see a sort of Renaissance in gaming that eschews the hyper-reality of modern games for simpler, faster games. Time will tell. In the meantime, I think we can expect the next big game to come out to move more like Call of Duty and less like Sonic. -- Image Credits: Screenshot from id Software, free-use license explanation here. AP photo by Activision