Why We Still Don't Know How Fast the Universe is Expanding

Behind the astronomical dispute that’s splitting apart the cosmos. 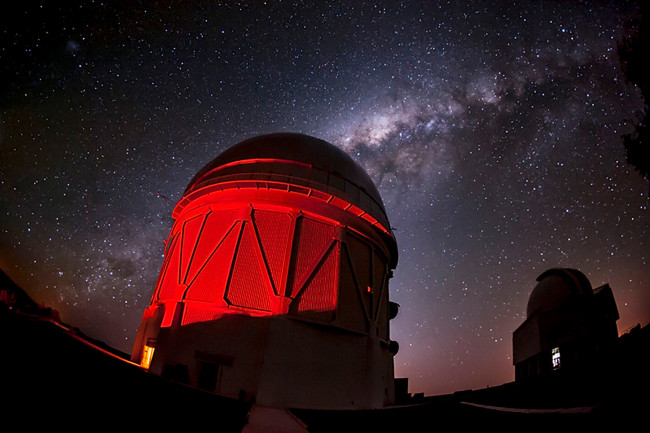 Observational data has led astronomers to differing conclusions about how fast the cosmos is expanding. (Credit: Reidar Hahn/Fermilab)

Back in the 1980s, astronomers were caught up in a debate so huge, you could drive a universe through it. The point of contention was a number called the Hubble constant, which describes the rate at which the cosmos is expanding and, by extension, how much time has passed since the Big Bang: the slower the expansion rate, the older the universe.

On one side was Allan Sandage, the towering successor to Edwin Hubble at Mount Wilson Observatory, who calculated the age of the universe was roughly 20 billion years. On the other side was a group of apostates whose observations showed it was only about half that old. Tempers ran hot.

The Hubble constant is measured in arcane units (kilometers per second per megaparsec), so for brevity, the researchers would use just the number itself. “We measure the Hubble constant to be 100,” one of the upstarts would announce in a talk. “It’s 50,” Sandage would roar in response, ridiculing his colleagues for their flawed measurements. For me, a young reporter covering the field at the time, it was a revelatory display of scientific passion. The entire history of the universe was at stake!

Three decades later, a revived debate on the Hubble constant has our understanding of the universe hanging in the balance all over again. At least the old shouting matches are long settled. Vastly improved data from the Hubble Space Telescope and the Planck satellite showed that Sandage and his rivals were both wrong; the true age of the universe lies in between, at 13.8 billion years. With this new clarity, though, a new conflict has popped into view.

Measurements of the Hubble constant made by directly observing stars yield a cosmic expansion rate of 73. Measurements made by studying the distant microwave glow of the early universe give a value of about 68. Although the gap is small, it has proven persistent. Resolving the earlier debate led to the startling realization that we live in an accelerating universe being pushed apart by a mysterious “dark energy.” The implications of this latest debate could be equally momentous.

Adam Riess at the Space Telescope Science Institute, who shared the 2011 Nobel Prize in physics for the discovery of dark energy, is alternately amazed and amused by the latest turn of events. “Who would have thought we’d be measuring the Hubble constant and seeing differences at just the 10 percent level and saying, ‘Hmm, there’s something wrong here?’ ” he asks. “But here we are.” 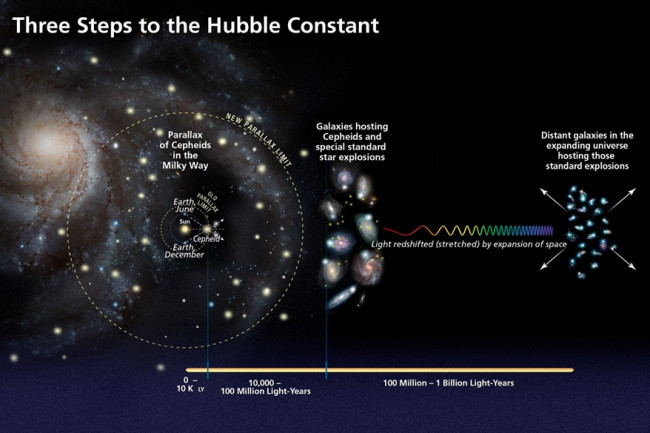 The parallax effect changes the apparent position of an object depending on the point of observation — it’s why your fingers can jump around if you look at them with just your left eye, then your right eye. By measuring exactly how much stars jump between Earth’s position in June and its position in December, astronomers can deduce their rough distances. (Credits: NASA, ESA, A. Feild (STScI), and A. Riess (STScI/JHU))

Riess and his team specialize in the star-oriented measurements of the Hubble constant — what’s known as the distance ladder approach. The researchers begin with relatively nearby objects whose distance they can measure accurately, then use those objects to calibrate distances to things farther away, and so on, like climbing the rungs of a ladder. Once you know true distances to cosmic objects, you can combine that information with measurements of their motion to derive the expansion rate of the universe.

The distance ladder is how Edwin Hubble discovered the universe was expanding at all, back in 1929, but using it to deduce the rate of the expansion proved problematic. The huge challenge was calibrating the first rung on the ladder, to a type of star called a Cepheid variable. These pulsate in a rhythm that depends on their intrinsic luminosity. If you measure a Cepheid’s period of pulsations, you’ll know how bright the star really is. Compare that with how bright it appears, you can figure out how far it is — and away you go.

Unfortunately, that Cepheid trick gives only relative distances. To get actual distances, you need to know the exact locations of a few nearby Cepheid stars to use as references for all the rest. “This is what plagued people 20 or 25 years ago. They had so much difficulty calibrating anything in an absolute sense,” Riess says. He has spent much of his career trying to rid cosmology of that plague.

In Sandage’s day, the Hubble constant was uncertain by about 50 percent. By 2001, data from Hubble pushed the error down to 10 percent. In his most recent paper, Riess claims an accuracy of 2.2 percent — “and it’s possible to push closer to 1 percent. That’s my goal over the next few years, and that’s looking feasible,” he says. As a result, he’s confident when he says the value of the Hubble constant is 73.

This all sounds great until you talk to the equally persuasive scientists who work with data from the Planck satellite. From 2009 to 2013, Planck made exacting observations of the cosmic microwave background, the relic radiation from the Big Bang. Whereas the distance-ladder folks begin nearby, Planck researchers go deep, studying radiation from the very edge of the visible universe and examining it for patterns that reveal the expansion history of the universe.

It’s a cunning approach, liberated from the uncertainties of local cosmic measurements. And here the disagreements begin.

“With the Planck data, we get a Hubble constant of 68 or 67,” says astrophysicist Jo Dunkley of Princeton University. The discrepancy with the distance ladder results became glaring enough that Dunkley wanted to make sure the Planck researchers weren’t fooling themselves in any way.

The task ended up falling to one of Dunkley’s former graduate students, Graeme Addison, now a cosmologist at Johns Hopkins University. Addison began exploring yet another way to reckon the expansion of the universe, this time by looking at vibrations from the Big Bang that left an enormous pattern of ripples etched into the distribution of galaxies across the universe. That pattern is visible in the latest large-scale surveys. The size of the cosmic ripples, when combined with other information about the Big Bang, yields a measurement of the Hubble constant.

“It’s a third opinion on what’s going on,” Addison says. That opinion aligns with Planck’s value of 67, “which suggests pretty strongly that you can’t blame this discrepancy all on the Planck data.” 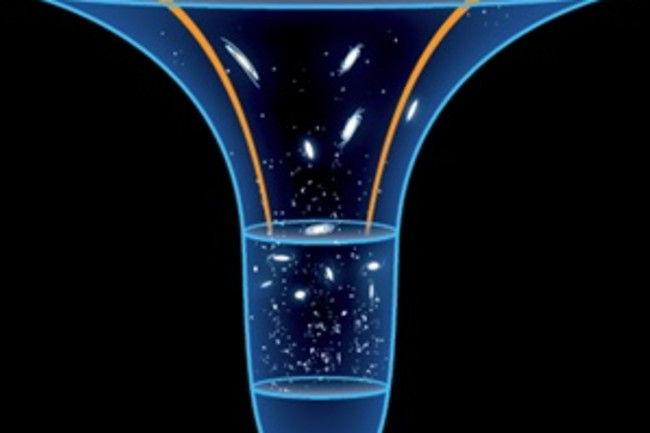 We know the universe is expanding, but the conflicting numbers for the rate could mean greater mysteries, and surprises, are in the future. (Credit: Roen Kelly/Discover)

What the Heck is Going On?

Compared with old-school brawlers like Sandage, today’s researchers are a genial and cautious bunch. They begin, sensibly, by considering human error: the possibility that somebody messed up in collecting or analyzing the data. But that’s looking increasingly unlikely.

“If you’d asked me three years ago, I’d have said, ‘The distance ladder is pretty complicated, and there’s astrophysics that needs to be understood.’ But my opinion on that has changed because of the work, mainly from Riess and his collaborators,” Addison says. “They’ve revisited the steps of the distance ladder, done statistical tests, and none of that analysis has shifted the Hubble constant anything near the amount you need to reconcile with Planck.”

Riess ticks off a range of possibilities, any one of which would qualify as a major discovery. Space itself could have a slight curvature. There could be an unknown type of neutrino, a ghostly type of particle that rarely interacts with matter. Dark matter and dark energy could have “funny funky” properties.

Dunkley suspects that the problems with current scientific understanding may go even deeper than the kinds of relatively minor adjustments that Riess describes. “There’s no single extension of the standard model of cosmology that can explain the Planck data and the local measurements and this vast suite of other data,” she says. “We’ve also got big issues to figure out, like why is the universe accelerating, and why did it begin expanding in the first place? I would not be surprised if we’ve got a major upheaval coming.”

The current debate may seem smaller than the one that came before, but it could prove large enough to deliver a whole new universe.