Why the Quest to Prove Einstein Wrong?

Researchers are pushing Einstein's theory to the max, trying to see where it falters in order to connect gravity with the rest of physics. 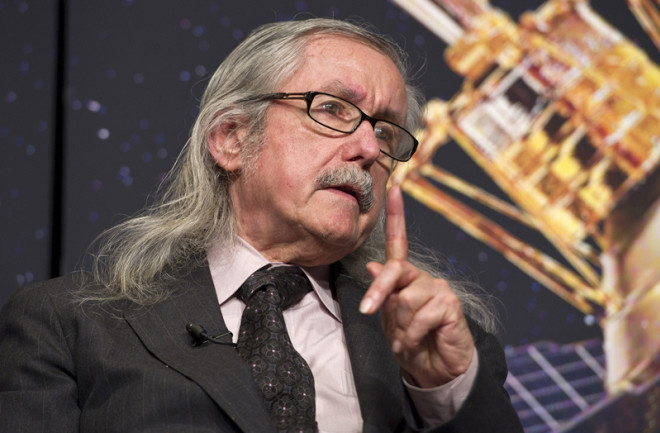 Why are researchers so intent on proving Einstein right or wrong? It’s not simply that he is a towering figure whose name is synonymous with genius, someone whose work has profoundly shaped physics for more than a century.

Instead, much of the incentive stems from gravity itself, which has been something of a problem child in the field. Physicists, including Einstein, have long hoped to devise a unified theory of the universe, but they’ve struggled to get gravity to mesh with the other fundamental forces. As a result, we currently have a theory of gravity (Einstein’s general relativity) and a separate theory of everything else (the “standard model” of particle physics). Unfortunately, these two extremely successful theories are incompatible with each other — and sometimes even contradictory.

This arrangement just won’t do for physicists, who believe there ought to be a single theory of nature that covers everything. Clues for achieving the long-sought unification may come from a better understanding of how — and under what circumstances — general relativity breaks down.

That’s why investigators have been pushing the theory to the max, trying to see where it falters in order to figure out the best way to connect gravity with the rest of physics.

One advantage of this strategy is that, so far, every credible attempt at crafting a unified theory introduces new forces that would cause ever-so-slight changes in the way matter interacts with gravity. If these theories are correct, and we look closely enough, we should see “EP violations,” tiny departures from the equivalence principle. In other words, a gold brick should fall somewhat differently from one made of silver, and a detailed analysis of those differences could provide valuable hints for physicists trying to construct a correct unified theory.

“We don’t know the level at which a violation [of the equivalence principle] will show up, but we do believe there should be one,” says Thibault Damour, a theorist at IHES (Institut des Hautes Études Scientifiques) in France. The reason, Damour adds, is that “all attempts to unify Einstein’s theories with the other forces” — an endeavor he considers essential to the field — “lead to EP violations.”

Experiments conducted on Earth have shown the principle to be valid to a precision of 1 part in 10 trillion. But a space-based experiment called STEP (Satellite Test of the Equivalence Principle) could pose a much sterner challenge, boosting the accuracy of these measurements by a factor of 100,000. That kind of precision could be enough to show physicists just where Einstein’s theories start to miss the mark — assuming they do.

STEP began in 1971 as a thesis project by then-graduate student Paul Worden, with Stanford physicist Francis Everitt serving on the thesis committee and then as the project’s chief scientist soon afterward. Everitt has devoted a half-century of his life to testing general relativity and was the principal investigator of Gravity Probe B, a NASA-funded satellite mission that studied, and eventually verified, another aspect of Einstein’s theory. By going into space like Gravity Probe B, STEP could dramatically improve the precision of equivalence principle measurements. These measurements are hard to do on the ground owing to vibrations from street traffic, Earth tremors and other disturbances. Space offers a much calmer environment.

Another advantage relates to observation time, suggests Towson University physicist James Overduin, who has worked on STEP, intermittently, since 1999. If you drop balls of different size from the Leaning Tower of Pisa, for example, their free fall lasts just seconds. “But you can drop things in space, and they never stop falling,” Overduin says; they remain in orbit, constantly falling toward Earth. This allows an extended time — days or longer — to look for subtle effects.

The plan calls for using four pairs of “test masses” made of at least three different materials — such as beryllium, niobium and platinum-iridium — which would be kept in a vacuum and cooled to just a few kelvins, reducing temperature fluctuations that can degrade measurement accuracy. Materials are chosen to reflect the broadest possible range of chemical properties so that disparities in acceleration (detected by an onboard accelerometer) would be the easiest to spot. The point, again, is to make meticulous measurements that show whether objects of different composition fall at different rates.

Although years have passed since STEP’s inception, Everitt hasn’t stopped trying to get the project off the ground. The proposed mission received research and development support for decades. It has been endorsed by prestigious review panels assembled by NASA and the European Space Agency, and it has been praised by former NASA head Dan Goldin. But the project has never quite mustered the requisite financial backing, despite Everitt’s tireless lobbying efforts.

Mark Lee, a senior program scientist at NASA, still believes in STEP, calling it “one of the most critical fundamental physics experiments that mankind could pursue.” The bad news for STEP, he says, is that after 2004, NASA’s fundamental physics program was terminated. Since then, it has been only partially revived. Everitt remains hopeful, nevertheless. He spent 40 years working on Gravity Probe B before that satellite’s launch in 2004. He’s also spent 40 years pushing the development of STEP and is not ready to walk away from it yet, even though he just turned 81.

Quoting the famous naval hero John Paul Jones, Everitt likes to say, “I have not yet begun to fight.” Jones ultimately prevailed during the Revolutionary War, and with luck, STEP might do the same. Perhaps it will be the experiment that finally finds a crack in the heart of Einstein’s theory, one that could point us toward something even better: a new, all-encompassing theory of the universe.

The French MICROSCOPE mission will launch a small satellite into orbit, as in this artist’s rendering, to test the equivalence principle. | CNES/D. Ducros

While STEP remains grounded for lack of funds, a French mission called MICROSCOPE (MICRO-Satellite à traînée Compensée pour l’Observation du Principe d’Equivalence) is scheduled for launch in March 2016. Francis Everitt describes MICROSCOPE as “a room-temperature version of STEP” because it doesn’t involve complex cryogenic technology. That should make MICROSCOPE less expensive than STEP but also about 1,000 times less precise. No one knows whether MICROSCOPE will be sensitive enough to detect violations of the equivalence principle. But being the first space-based test of that principle, “this mission … opens the way to even more ambitious ones,” Pierre Touboul of the French space research center Onera wrote with his colleagues.

[This article originally appeared in print as "Beyond Einstein."]