Why Some of Us Are Better at Math Than Others

From the top 100 stories of 2013, #39: A child's innate number sense has implications for her later math skills — and it can be bolstered with tutoring 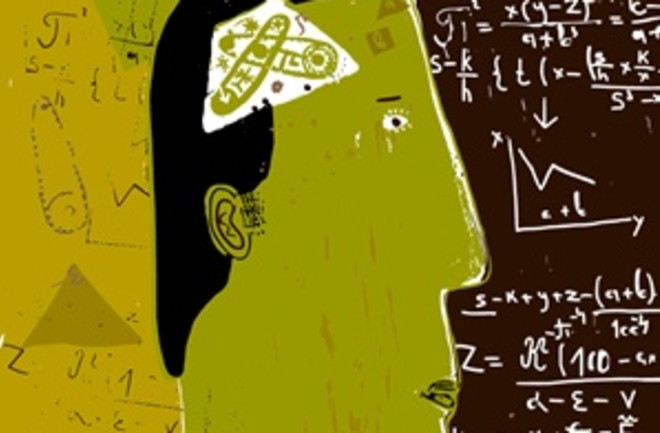 We’re all born with an innate number sense — that seemingly effortless knack to roughly estimate and compare quantities without counting, which we do automatically when choosing the shortest checkout line at the supermarket or ballparking how many apples are in a bowl.

But some people’s number sense is better than others, and several studies published in 2013 suggest this inborn capacity, believed to be an essential building block for learning arithmetic, can be bolstered with instruction.

In a study published in October, Brannon and colleagues from Duke and from Johns Hopkins University showed 48 6-month-olds a series of dot arrays that periodically changed in number; the researchers inferred the infants’ ability to detect differences in the quantity of dots based on how long they spent looking at an array after it changed. As expected, some infants had a keener sense of quantity than others. Three years later, the researchers tested the same children’s math skills — such as how well they know their numbers and their ability to count to 10 — and found that those whose number sense at 6 months was keenest were most proficient at math at age 3, regardless of their overall intelligence.

But we’re not stuck with our inborn limitations. In a study published in August, Brannon and her colleague Joonkoo Park recruited 52 adult volunteers to participate in a study examining whether honing number sense helps sharpen higher math skills. First, participants performed multidigit arithmetic problems. Then half the group spent 10 sessions estimating large quantities of dots in arrays and performing mental calculations on them; a control group had no such practice. Afterward, all participants completed arithmetic problems again. Researchers found that the math skills of volunteers who participated in the dots exercise improved significantly compared with those in the control group.

These and other studies demonstrate that innate number sense and symbolic math ability “are intimately linked, so by improving one you can improve the other,” says Brannon. For young children, she says, games that hone number sense could have a big effect on math learning.

Other research, published in April, helps explain why some children respond to math tutoring better than others do. Stanford University scientists put 24 third-graders through an eight-week math-tutoring program. The kids’ math proficiency improvement ranged from 8 to 198 percent, and was unrelated to IQ, memory and cognitive-ability tests. But brain imaging showed that the children who benefited most had a larger hippocampus, a key memory area, and stronger neural connections between the hippocampus and brain regions involved in long-term memory and habit-building.

“This gives us clues about the memory systems the brain uses to build knowledge,” says Stanford neuroscientist Vinod Menon, the study’s senior author. The results, he says, could shed light on the origins of math learning disabilities and lead to improved educational programs for kids who struggle with math.

[This article originally appeared in print as "Some Have a Head for Math."]