Why Scientists Don’t Want Our Poop to Go to Waste

The stuff that leaves our toilets can wreak havoc, but it also has the potential to solve our greatest challenges. 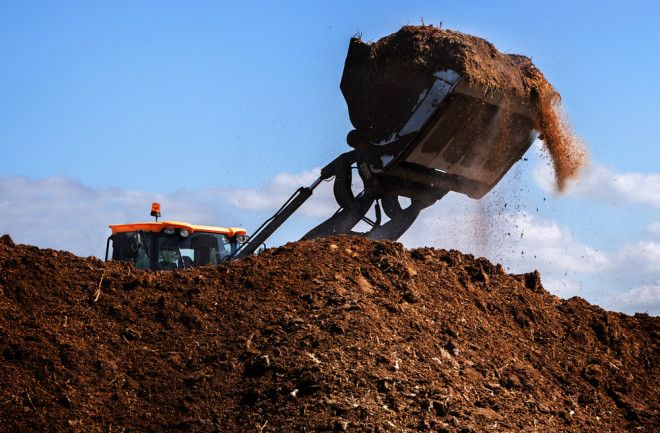 The world produces a lot of poop, and we don’t always know what to do with it. In the past, governments have commonly treated sewage water by removing pollutants and disinfecting it before placing a large chunk of the byproducts, known as biosolids, in stockpiles or landfills.

The U.S. produces more than 7 million tons of biosolids annually, with nearly a third ending up in landfills. Globally, around 30 percent of the biosolids arrive in stockpiles and landfills each year.

Yet the alternative biosolid disposal methods once touted as environmentally sustainable have fallen out of favor. While around half of U.S. biosolids are applied to agricultural purposes, like providing nutrients to crops and helping combat soil erosion, recent research has identified significant health hazards associated with these techniques. After the treatment process, they can still contain hundreds of unregulated pollutants like hormones, pesticides, medications and per- and polyfluoroalkyl substances (PFAS), also known as “forever chemicals” due to their inability to break down.

These findings have propelled U.S. towns to ban biosolids from farmlands. Some countries, like the Netherlands and Switzerland, have nixed their use in agriculture.

Companies like H.J. Heinz and Del Monte have followed suit in the past decade, claiming they would halt purchasing crops grown with biosolids.

Landfills also increasingly oppose taking biosolids because contents like PFAS become a major liability in the long run and are highly difficult to treat, says Marc A. Deshusses, a professor of civil and environmental engineering at Duke University who researches waste-to-energy processes and sanitation technology. “We’re in a situation where, in developed countries like the U.S, there are less and less outlets for biosolids,” he says.

As mounds of poop (and other sewage scraps) imperil our food and water supply, scientists are working toward safer and more sustainable alternatives. Here are a few proposals to help us deal with the excess number two:

In 2019, engineers from Australia’s Royal Melbourne Institute of Technology tested bricks composed of up to 25 percent biosolids and found that these hybrids cut down energy use by nearly half during the firing process.  They also noted that heavy metals within the finished bricks were unlikely to seep out. Still, the researchers recommended in-depth chemical analysis before they’re used on a large scale.

Wastewater can produce “biogas” when bacteria break down organic materials in an oxygen-free environment, a process already standard at treatment plants. Only around 1 percent of U.S. plants take advantage of their resulting biogas, which can be used for heat and power generation.

Certain governments, including Germany and Italy, now heavily subsidize this practice. Europe’s biogas production from industrial and urban sewage sludge increased by 40 percent between 2017 and 2013. Meanwhile, countries in Asia, including China, Pakistan and Bangladesh, have developed extensive biogas systems to power home cooking.

Its larger potential: Wastewater-derived biogas can be turned into renewable natural gas and pumped into pipelines or used to power vehicles, though it currently serves a tiny portion of demand. The world’s push toward renewable energy, however, may make the practice more lucrative, according to Deshusses. As of 2018, Europe led the world in both biogas-sourced electricity and natural gas production.

“Natural gas is extraordinarily cheap, but it’s from fossil origin,” he says. “The same chemical formula and molecule, if it comes from renewable sources like biosolids or organic waste, fetches a premium.”

Yet the environmental impacts are complicated. Although it's helpful as a renewable energy source, health and climate advocates have criticized biogas as a whole because it produces the same contaminants as fossil fuel-based gas when burned. Still, this conversion does prevent the more severe methane emissions that occur when waste is left to decay on its own.

And while upgrading it to natural gas can improve air quality and decrease greenhouse gas emissions, it’s crucial to limit the amount of potentially harmful byproducts, like methane, that can escape during production and distribution.

As for biogas itself, researchers have emphasized the importance of thorough purification systems and noted that, on its own, it still isn’t an ideal solution to tackle global emissions.

That’s right: Our sewage can eventually make for a clean beverage. In fact, you can even watch a video of Bill Gates drinking a refreshing cup of poop-derived water. This is nothing new, though: For nearly two decades, Singapore has injected treated sewage water (also called NEWater) into its reservoirs. There, it mixes with rainwater and receives further treatment before reaching residents’ taps.

The U.S. also has a history of getting creative with flushed materials. California’s Orange County, for example, has produced drinking water from sewage since the 1970s. As of 2018, it ran the world’s biggest wastewater-to-drinking-water plant. That year, the system broke a world record by converting more than 100 million gallons of wastewater into potable water.

In recent years, scientists have developed easily transportable, neighborhood-oriented machines that can generate safe drinking water from sewage without the need for massive operations. Along with his Duke colleagues, Deshusses developed a Supercritical Water Oxidation (SCWO) reactor that he calls a “pressure cooker on steroids.”

The SCWO unit, which can fit into a shipping crate, reaches more than 700 degrees Fahrenheit and a pressure 240 times greater than the atmosphere in order to quickly burn organic material (without the typical gas emissions that come with combustion). Within a few seconds, it produces clean water, electricity and mineral nutrients that can be used for fertilizer.

This type of technology has existed for decades to treat industrial scraps, but needed to be scaled up for this specific purpose, he says. After receiving funding from the Gates Foundation, his team began building a prototype on the Duke campus in 2013 and eventually founded the company 374Water.

Deshusses sees potential in his SWCO technology for vertical farming and use within a broader circular economy. Right now, their models can generate up to 23,000 gallons of distilled water a day. It’s currently being adapted for larger commercial-sized units and, going forward, 374Water plans to bring them to communities both in the U.S. and abroad.

City governments realize that they’d benefit from treating waste onsite, rather than trucking it up to hundreds of miles away, Deshusses says. The health consequences of exported sewage, in fact, have commonly fallen on low-income Black neighborhoods. Globally, technology like the SCWO reactor could help address sanitation challenges and water scarcity.

The Gates Foundation has also supported Sedron Technologies’ Janicki Omni Processor. Around the size of a basketball court, the plant dries and burns waste within minutes to generate electricity, heat, soil-ready ash and water that’s safe for drinking after further treatment (it can continually provide drinking water for up to 100,000 people). As a result, the Omni Processor can run on its own juices and transfer remaining electricity to nearby grids.

In 2015, Sedron sent the machine to Dakar, Senegal, where it treated around 700 tons of fecal sludge in the pilot project’s first year. Now, a local sanitation company plans to open additional plants throughout Senegal, says mechanical engineer and Sedron Technologies President Sara VanTassel.

As with 374Water’s SCWO reactor, the Janicki Omni Processor aims to eliminate the PFAS chemicals that often remain in drinking water — even after rigorous municipal treatment.

Thanks to “intense” conditions within the SCWO, like the high temperature and pressure, it can break the stubborn chemical bonds that allow PFAS to stick around. And when the Omni Processor combusts waste, Sedron says that it exceeds the temperature required to destroy PFAS. Such burning does release certain pollutants, depending on factors like protein and calorie intake within the local population's diet, though the Omni Processor is designed to mitigate them.

Even if it's technically safe, what if someone feels uneasy sipping on water once filled with poop (and other icky substances like toilet paper)?

“There’s no water left on the planet that fish, dinosaurs, cows or bears haven’t pooped on," VanTassel says. "All drops of water that we’re drinking in 2021 are recycled. It’s just a matter of whether you believe that can happen fast, or over thousands of years.”