Why Is Our Universe Filled With Spirals?

From hurricanes to galaxies, spiral patterns seem omnipresent in our universe 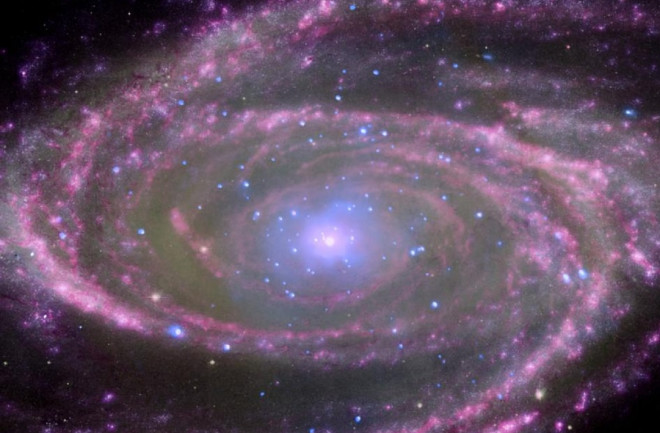 Can you tell me why a spiral design seems omnipresent in our natural world and in the universe? I see this pattern in plant tendrils, flowers and leaves, pinecones, the unfurling of needles, as well as in astronomy.

The short answer is, sadly, we don’t really know. Nature does seem to have quite the affinity for spirals, though. In hurricanes and galaxies, the body rotation spawns spiral shapes: When the center turns faster than the periphery, waves within these phenomena get spun around into spirals.

The florets in a sunflower head also form two spirals, but there’s no rotation here — it’s simply an efficient packing solution for the plant. With 55 florets running clockwise and 34 counterclockwise, the sunflower is an example of a pattern of numbers called the Fibonacci sequence, named after the medieval mathematician who popularized it. It’s a simple pattern with complex results, and it is often found in nature.

The Fibonacci sequence starts with 0 and 1 and increases based on the sum of the previous two numbers: 0, 1, 1, 2, 3, 5, 8, 13, 21 and so on. You’ll notice that both groups of florets in a sunflower match Fibonacci numbers — as do the number of rows in a pinecone, the arrangement of leaves on a stem and many other natural formations. In fact, the spiral shape itself is built upon the rapidly increasing pattern of the Fibonacci sequence.

But since nature’s swirly patterns result from a few different mechanisms, the phenomenon is likely coincidence more than some underlying physical property of the universe. Nevertheless, it is striking that many natural examples follow this number sequence, either broadly in their curling shape or with their actual numerical values.

[This article originally appeared in print as "Ask Discover."]