Why Evolution is True

As an astronomer, my familiarity with the details of biological evolution are about on par with that of an interested layman (though being trained scientifically helps with that understanding, adding insight to the process of the scientific endeavor). I'm familiar with the concepts of descent with modification, genetic mutations, natural pressures for adaptations, and the like. I'm less familiar with other aspects, like allele frequencies, how specifically pressures can change adaptations, and what transitional fossils are in the record, but I can probably hold my own against your run-of-the-mill creationist. 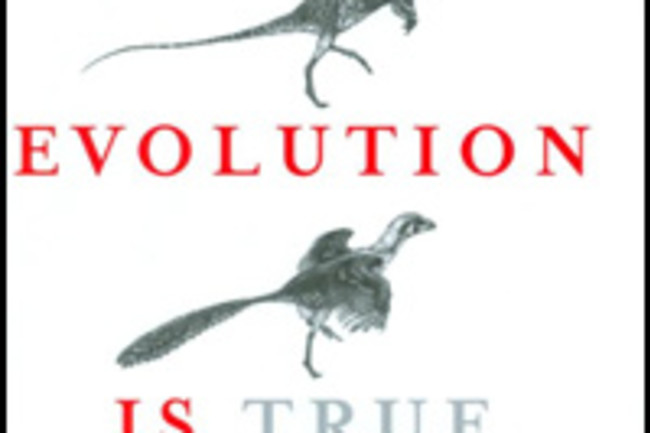 That's why I loved the book Why Evolution is True by biologist Jerry Coyne. This is a clear, easy-to-understand work that shows you -- with no compromising and no backing down -- that evolution has occurred, the evidence is overwhelming, and that no other explanation for what we see around us makes sense. He goes through many, many arguments about this: how we do see adaptation to changing environments, how the DNA records support the change in the genome of life with time and environment, how fossils support evolutionary change. Moreover, he shows that the scientific theory of evolution by natural (and in some cases, sexual) selection makes clear predictions which are borne out by observations. And on top of that he shows why these conclusions make no sense at all if you think there is some Creator that made us the way we are out of thin air (or dust, I suppose). I was particularly struck by the concept of geographic isolation and how that affects evolution (perhaps because I spent more than a week last year touring the Galapagos Islands). Species isolated on islands adapt genetically and morphologically (or vice-versa) to the environment, and you can see how there are changes in those species as they radiate out to other nearby islands. We only see species on those islands that come from nearby land masses, as you'd expect from natural methods of dispersion over long time periods (but not what you'd expect for a Creator to simply pop life into existence). And all of this fits in with what geologists see by way of plate tectonics and continental drift. Creationists love to try to pick apart evolution, looking at minor details in isolation and saying it doesn't make sense. But they're wrong: evolution is a beautiful tapestry, a complex fabric of countless threads woven together into a grand picture of life on Earth. And it all holds together. I strongly recommend this book to anyone with even a passing interest in evolution, or the manufactured controversy of creationism. Coyne's work is complete and convincing, slamming the door firmly closed on young-Earth creationism. If you have to deal with creationists in your life, this book is something you should keep very handy. Bonus: my friend Joel Parker interviewed Coyne on his radio show How on Earth (you can get the MP3 through this direct link), and another friend D. J. Grothe interviewed Coyne on his podcast Point of Inquiry. And I'll leave you with this, Coyne's perfect summation of the situation (from pages 222-223 of the book):

Every day, hundreds of observations and experiments pour into the hopper of the scientific literature... and every fact that has something to do with evolution confirms its truth. Every fossil that we find, every DNA molecule that we sequence, every organ system that we dissect supports the idea that species evolved from common ancestors. Despite innumerable possible explanations that could prove evolution untrue, we don't have a single one. We don't find mammals in Precambrian rocks, humans in the same layers as dinosaurs, or any other fossils out of evolutionary order. DNA sequencing supports the evolutionary relationships of species originally deduced from the fossil record. And, as natural selection predicts, we find no species with adaptations that benefit only a different species. We do find dead genes and vestigial organs, incomprehensible under the idea of special creation. Despite a million chances to be wrong, evolution always comes up right. That is as close as we can get to a scientific fact.