We tend to think of time as an arrow, always moving in one direction at a uniform rate. But physics is challenging our understanding of time's true nature. 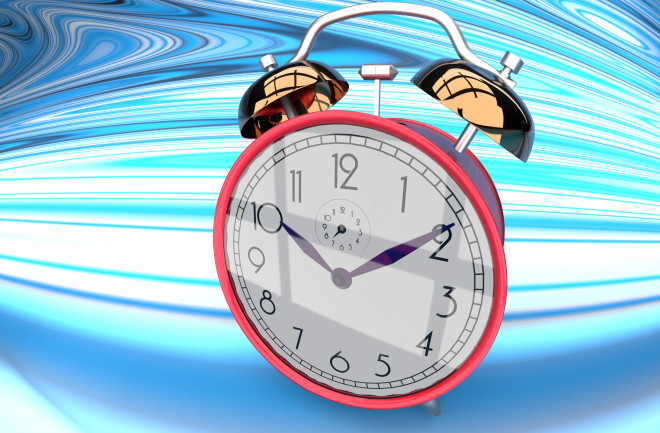 As human beings, we can’t really think of ourselves without time. We organise our days around it’s passing. We define ourselves through the events that have been encoded into our memories. Experiences unfold through a present that passes relentlessly from one moment to the next, and we make plans to achieve our goals with the knowledge that tomorrow will arrive on schedule, as it always does.

This is the phenomenology of time, or what neuroscientists call time consciousness. These aspects, or layers, of our experience of time have played an important role in informing our intuitions about the nature of physical time. We assume that it has directionality, moving from an unchangeable past to an immersive present to unknown future— and that all of the above unfolds at a uniform rate throughout the cosmos.

But the more scientists have scrutinized the concept of time, the more they've come to understand that these common-sense assumptions may not reflect time's true nature.

The first radical shift in our understanding of time came with the widespread scientific acceptance of Einstein’s theory of general relativity. Up until then, Newtonian time, or absolute time, existed independently of a perceiver, and progressed at a constant rate, everywhere. Relativity changed all of this. By perceiving space and time as an interwoven material, Einstein explained how mass warps this fabric to create gravity. The implications for merging space and time meant that mass not only distorted space; it distorted time, too.

Today, GPS satellites have to account for Earth’s varying distortion of space-time at different locations by adjusting the clocks in satellites and building mathematical corrections into their computer chips. Without this adjusting for relativity, Earth’s GPS systems would fail in about two minutes.

From our perspective, the distinction between past, present, and future, or the ‘arrow’ of time, seems self-evident. But, as physicist Carlo Rovelli, author of The Order of Time points out, the elementary laws of nature, which include classical mechanics, electrodynamics, quantum theory, general relativity, and the standard model, are all invariant under the reversal of time. In other words, they permit a time-reversed version of the phenomena they describe. For example, if we were to watch a film of our solar system once in reverse, and then moving forwards in time, it would be very difficult to discern which was which.

Currently, the only physical law that has non-reversible directionality is the second law of thermodynamics, which roughly states that, statistically, closed systems move from ordered states to disordered states, and entropy (a measure of order) increases at macroscopic scales gradually.

Here's an example: After a demolition team has detonated explosives to reduce a building to rubble, we never see that building spontaneously re-assemble back into its prior state. That's because the second law of thermodynamics states that such an event is outside the probabilistic realms of reality. But as bizarre as it might seem, events that defy thermodynamics are possible at extremely small scales, and appear to move backwards in time.

While an objective, universal present is at odds with general relativity, the human intuition that a ‘now’ permeates throughout the cosmos is a product of adapting to an understanding of our unique nook in the universe.

Humanity lives in a corner of the cosmos with low space-time curvature, on the surface of a small planet whose mass only distorts the passage of time to a small degree relative to our perception of its passing. We perceive the world mostly in seconds, but in a day satellite clocks will only deviate from Earth’s surface clocks by 38 microseconds.

If we instead lived somewhere in the universe with large space-time curvature, say, at the edge of a massive black hole, then differences in the passing of time at different space-time locations would be much more exaggerated and obvious, assuming that living in such a hostile place was possible. We see this phenomenon in popular culture when Mathew McConaughey’s character in the film Interstellar becomes marooned for a few hours on a planet that orbits a supermassive blackhole, and returns to his ship to find that 27 years have passed on Earth.

The human experience of time makes it natural to conceive of a global present; because the differences in the passing of time created by an object's speed and their space-time location is minor, they become unnoticeable to the bluntness of human sense perception and information processing.

Traces of the Past

One of the human neural system’s primary functions is to process information about the past, learn, and then predict what conditions might be like in future. At the subatomic scale, particles don’t always obey the second law of thermodynamics, but at the macroscopic scale of reality we occupy, probability dictates that thermodynamic events will leave reliable traces of the past.

We can see craters on the moon, find fossils from extinct creatures, and watch shooting stars burn up in the atmosphere. Biological entities such as ourselves have evolved within the specific physical parameters of the universe where there is a well-defined time orientation, and abundant traces of the past exist at geological, evolutionary, and neural timescales.

Humans, and probably other mammals, have evolved the ability to access our subjective memories, to consciously recreate our past experiences, and to run complex simulations of future events. And our ability to consciously access memories anchors this ability to engage in mental time travel; in a 2013 study in the journal Cortex, amnesic patients showed a reduced ability to imagine future scenarios. In a 2018 paper, cognitive scientist Dean Buonomano and his colleagues suggested that this type of mental time travel has neurobiological roots in brain circuits that were initially used for spatial navigation.

In short, the tendency for systems to move from low entropy to high entropy, the particular spacetime conditions of our solar system and the indeterminacy of the future combine to create our particular conception of time. While this understanding might not extend to the physical extremes of reality, humans are likely justified in speaking about it in these terms. That is, until we become an interplanetary civilization.