Flying beer mats always flip onto their side, unlike frisbees which can achieve stable flight. Now physicists think they know why. 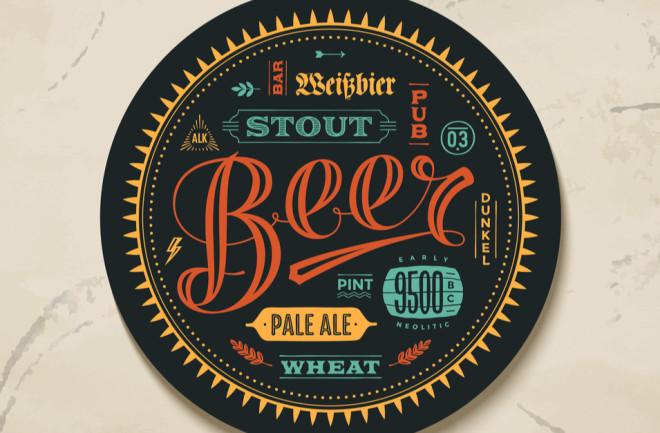 Beer mats are close to the hearts of many readers of the Physics arXiv Blog. So the challenge of trying to make beer mats fly will be familiar. As will the problem this causes.

Propelling them — frisbee-style — across a beer hall always ends with the same result. The rotating mat flips onto its side at some random time and crashes into the ground —unlike frisbees which can achieve fairly stable horizontal flight. How come?

When it comes to the great outstanding problems of our time, unraveling the physics of flying beer mats has fallen sadly by the wayside. Now that looks to have changed thanks to the work of Johan Ostmeyer at the University of Bonn in Germany and two colleagues: Christoph Schürmann and Carsten Urbach.

These selfless researchers have dedicated themselves to the problem of flying beer mats, and have even built a device that fires them automatically into the air. With some theoretical work thrown in, this team has solved the mystery of why beer mats turn on their sides and are even able to predict how other flying discs should behave — such as CD discs and playing cards.

The team began with a theoretical approach. They think of a beer mat as a negligibly thin disc with a certain radius and mass. When thrown, the rotation makes the disc stable as it flies. Ostmeyer and co. consider the case when the flight is horizontal, and the axis of rotation is perpendicular to the direction of travel.

That’s how the flight begins. However, gravity quickly causes the disc to drop, changing its angle of attack with the air. This change in angle generates lift but not through the disc’s center of mass at its center. Instead, the lift acts much closer to the leading edge, where the laminar airflow separates from the surface of the spinning disc. (According to aerodynamic theory, this distance is about pi/8 times the radius.)

The result is that this lift creates a turning force and the disc begins to precess. It is this precession that forces the disc to flip onto its side, so that it cuts through the air vertically.

This turns out to be a preferred state, energetically. That’s because when the disc is vertical it can no longer generate lift or precess. So the tendency is for the disc to adopt this state and stay there. And it doesn’t happen at random or chaotically — the team's theory predicts it should happen after some predictable amount of time, in this case about 0.45 seconds.

There is another effect at work, however. When the disc is vertical, there are two possible configurations — the disc can have backspin relative to its direction of movement or it can have topspin. It turns out that that backspin state is stable, while the topspin state is not. So this is the state the mat should preferentially adopt.

Ostmeyer and co then compare this theoretical analysis with experimental evidence, which they gather using a home-made beer mat launcher. (It turns out that humans cannot launch beer mats with an accuracy that is sufficiently repeatable — a problem possibly related to beer.) This device propels beer mats forward at a chosen horizontal velocity and rate of rotation.

Sure enough, the researchers observe the mats behave in exactly the way their theory predicts. They repeatedly turn on their side at about 0.45 seconds after launch. And mats tend to flip into the backspin orientation, the most stable option. “The crucial effect responsible for the flipping is found to be the lift attacking not in the center of mass but slightly offset to the forward edge,” say the researchers.

The team says the theory allows them makes predictions about other flying discs. A flying playing card will flip after only 0.24 seconds, a CD after 0.8 seconds and a much larger and heavier discuss after 16 seconds. However, they have yet to test these predictions.

Frisbees, of course, are different. “Frisbees have different aerodynamic properties than beer mats due to their rounded down edges and, thus, enjoy a significantly extended stable flight time,” say Ostmeyer and co.

That’s interesting work that will inspire many hours of intense research in local hostelries around the world.