Why 1 Second Is 1 Second

Today's seconds are defined in terms of movements inside atoms of the element cesium. 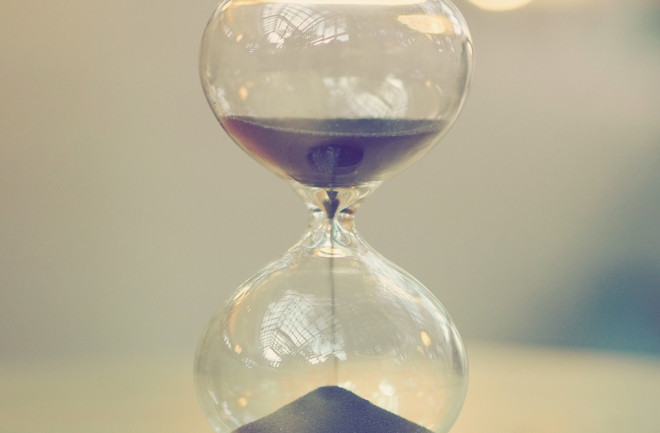 Just what is a second, exactly? The question has been open to interpretation ever since the first long-case grandfather clocks began marking off seconds in the mid-17th century and introduced the concept to the world at large.

The answer, simply, is that a second is 1/60th of a minute, or 1/3600th of an hour. But that’s just pushing the question down the road a bit. After all, what’s an hour? That answer is related to the best means of time-keeping ancient civilizations had — the movement of the Earth through the heavens. The amount of time it takes for the Earth to turn once about its axis, or for it to rotate once about the sun, is fairly stable, and for much of human history, it sufficed as a way of marking the passage of time. Days, hours, minutes — they’re all just derivatives of planetary motion.

Today, however, when computers perform operations at the rate of 4 billion cycles per second, we need a better measure. The rotation of Earth, and its orbit, change slightly over time. Earth’s rotation, for example, is slowing slightly. So measuring a second based on rotation would mean that a second would get slowly longer over time. Ultimately, we couldn’t compare the second of today to the second of yesterday.

So, to pin down a truly timeless measure of a second, scientists in the 1950s devised a better clock, one based not on astronomical processes but on the movement of fundamental bits of matter — atoms — whose subtle vibrations are, for all intents and purposes, locked in for eternity. Today, one second is defined as “9,192,631,770 periods of the radiation corresponding to the transition between the two hyperfine levels of the ground state of the cesium 133 atom”.

That number seems random because each and every definition of a second has by necessity been based on the one that came before. We’ve gotten better at pinning down the exact length of a second, but it still has its roots in ancient astronomical observations. The second today, the one engraved in cesium, is based on a series of observations of the Earth’s orbit by the astronomer Simon Newcomb between 1790 and 1892. It was called the ephemeris second, and was simply a fraction of a year, as defined by Newcomb’s tables. When scientists moved to their new “atomic clock” in 1967, they calibrated it with his measurements.

When hit with a laser, the single electron in a cesium atom’s outermost shell will cycle back and forth between two states — known as a hyperfine transition. It can be magnetically aligned either in the same direction as the atom’s nucleus, or the opposite direction, and under a laser’s beam, it will flip back and forth between these two states rapidly at a rate that never changes. Cesium isn’t the only element for the job, but it has only one stable isotope, so it’s easier to purify, and the hyperfine transition is both large enough and fast enough to be accurate, unlike some other atoms.

By isolating and cooling cesium atoms to near absolute zero, researchers can measure each and every flip by the pulse of electromagnetic radiation it gives off. To get a new second, scientists simply counted how many flips occurred within one ephemeris second, and voilà, a better measure of time was born.

This new second wasn’t really any different from the old one, of course. It was the exact same length of time, but now, it would remain permanently fixed. Current atomic clocks are so accurate that they won’t lose a second for more than 300 million years.

But that’s still not good enough for scientists. Atomic clocks play an important role in calibrating computers and GPS systems, among other things, and to get faster processors and better positioning systems, we’ll need even better systems of time-keeping. In 2016, German researchers proposedan even better atomic clock, one based on the element strontium, and which uses optical light, rather than microwave emissions for calibration. Strontium cycles much faster than cesium does, and that would make such an atomic clock even more precise by giving researchers even more data points to work with.

The actual creation of such a clock is still a work in progress, and the cesium atom remains today the ultimate time keeper. Whenever you set your watch, or your phone automatically updates its clock, there’s a cesium atom out there, resonating perfectly in sync with its past, present and future.