Which matters more for attractiveness: a woman's face or body? 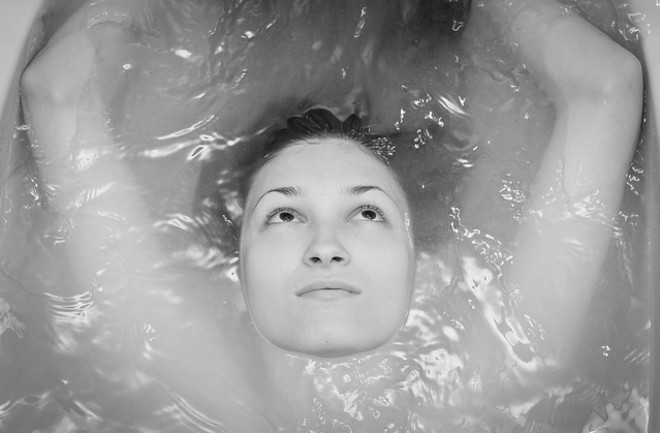 Photo: flickr/mislav-marohnicThe answer is "it depends on whether she's wearing a swimsuit." In this study, scientists had subjects independently rate the attractiveness of women's faces, clothed bodies, and bodies in bathing suits. They found that the ratings of faces and bodies in bathing suits agreed quite well, whereas the ratings of the clothed bodies were less predictive of full-body attractiveness. This supports the idea that the face contributes more to overall attractiveness when a woman is fully-clothed, but when skimpily-clad, both the face and the body matter equally. Be sure to check out the figure below for all the "data."Face and Body: Independent Predictors of Women’s Attractiveness "Women's faces and bodies are both thought to provide cues to women's age, health, fertility, and personality. To gain a stronger understanding of how these cues are utilized, we investigated the degree to which ratings of women's faces and bodies independently predicted ratings of women's full-body attractiveness. Women came into the lab not knowing they would be photographed. In Study 1 (N = 84), we photographed them in their street clothes; in Study 2 (N = 74), we photographed women in a solid-colored two-piece swimsuit that revealed their body shape, body size, and breast size. We cropped each woman's original photo into an additional face-only photo and body-only photo; then, independent sets of raters judged women's pictures. When dressed in their original clothes, women's face-only ratings were better independent predictors of full-body attractiveness ratings than were their body-only ratings. When cues displayed in women's bodies were made conspicuous by swimsuits, ratings of faces and bodies were similarly strong predictors of full-body attractiveness ratings. Moreover, women's body mass index and waist-to-hip ratio were tied to ratings of women's body attractiveness, with waist-to-hip ratio more important among women wearing swimsuits than among women wearing their original clothes. These results suggest that perceivers attend to cues of women's health, fertility, and personality to the extent that they are visible."