Where Should NASA Search for Extraterrestrial Life? Underground, A New Report Says 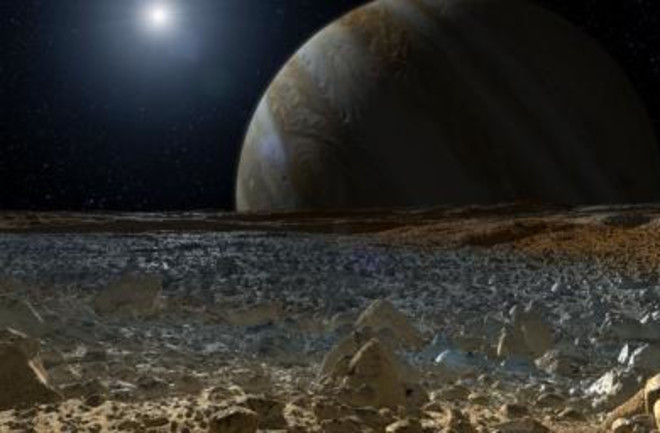 This artist's concept shows Jupiter's moon Europa. Researchers believe that a vast, liquid ocean could exist below the moon's icy surface. (Credit: NASA/JPL-Caltech) We usually associate habitability with terrestrial, Earth-like planets, but what if completely different environments are capable of harboring life? A new report released by the National Academies of Sciences, Engineering, and Medicine (NASEM) recommends that NASA search these disregarded worlds for signs of life. With the recent discovery of an underground lake on Mars and suspected subsurface oceans on Jupiter and Saturn’s moons, the committee thinks that studying all sorts of environments, not just those that mimic Earth's, could uncover life in unexpected places.

Due to recent astronomical discoveries and advances in astrobiology, NASA asked NASEM to conduct an independent, objective analysis of their current space exploration strategy. Their 17-person committee, composed of seasoned research scientists and professors of biology, astronomy and earth science, combed through the strategy and collaborated for a year before releasing their findings. In their final report, the group made a specific suggestion: to find signs of extraterrestrial life, NASA should incorporate astrobiology into every space mission, and start probing planets and moons that aren’t conducive to life as we know it.“The more that we can integrate the astrobiology lens and astrobiology thinking from the beginning of missions, the more that we can capitalize on the fantastic discoveries that are going on with missions that are out there now,” said Barbara Sherwood Lollar, an Earth science professor at the University of Toronto and NASEM's chair. “But by embedding the astrobiology thinking early in the process, we may be able to do even more.”Astrobiology is the study and understanding of life throughout the universe, and as of now, we only know how organisms form and evolve on Earth. Using this understanding to search for life, most space missions keep an eye out for terrestrial worlds with liquid water on their surfaces.They also search for biosignatures, which are substances, objects or patterns that were made by living things. Missions typical look for biosignatures that resemble those on Earth, like specific atmospheric gases and molecules, and surface patterns made by ecosystems.But the scientists who authored this report think that both of these factors need some serious revamping. The current approach assumes that all life is born in environments similar to Earth’s, and that such life will leave behind similar biosignatures. But by sticking to this cut and dry strategy, NASA could be overlooking a slew of unfamiliar communities.“We need to make sure that our toolbox of biosignatures is universal enough that it encompasses both our ability to recognize life as we know it, but also our ability to recognize life as we don’t know it,” said Lollar.

If organisms do exist in novel, unexpected environments, they’ll likely give off “agnostic” biosignatues — ones that go against our understanding of life on Earth. To find these unique markers, NASEM recommends searching for biosignatures on a broader scale, like detecting molecular pairings that don’t occur naturally or peculiar chemicals that don’t match their physical surroundings. And while they believe that astrobiology should be a part of all space missions, the group also thinks that NASA should home in on one zone in particular — the subsurface of planets and moons. With the recent discovery of Mars’ underground lake, and the potential oceans within Jupiter and Saturn’s moons, the committee thinks that these subsurface environments could actually be habitable. They also point out that more and more ecosystems are being discovered below Earth’s surface, giving even more weight to this theory.

For places closer to home, like Mars and the moons in our solar system, the group thinks that landers and orbiters should probe the subsurface to search for life. And contrary to popular belief, digging into the terrain isn’t their only option.“Drilling technologies get a lot of interest, absolutely," Loller said. "But they’re not the only means to go subsurface. Seismic, ground-penetrating radar, orbital scans, all of these things will actually give us information about the subsurface.”

NASEM points out, though, that this massive project would need to be a collaborative effort, and that NASA should call upon international, private and philanthropic organizations to carry it out successfully. By combining efforts and putting a heavy emphasis on astrobiology, the science community could increase their chances of finding extraterrestrial life.