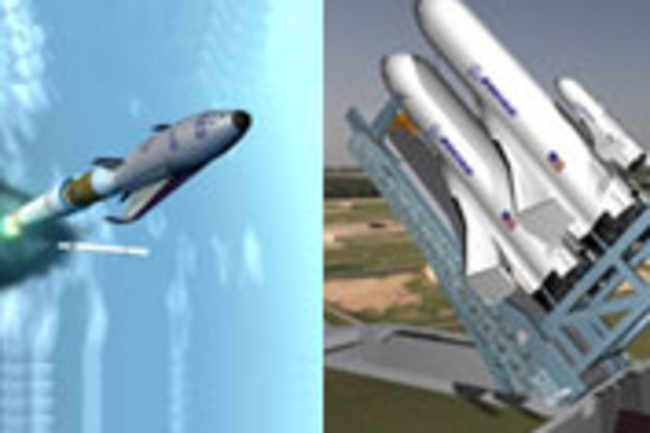 NASA's Space Launch Initiative has yielded concepts for an orbital space plane from Lockheed Martin (above, left) and a shuttle-type launch vehicle from Boeing (above, right). The proposed space plane will be a small crew transporter lofted atop an expendable rocket. The space shuttle successor will be a larger, cargo-carrying craft. Current plans call for it to incorporate air-breathing hypersonic engines and reusable, kerosene-fueled rockets. | Photograph courtesy of Space Launch Initiative/NASA. 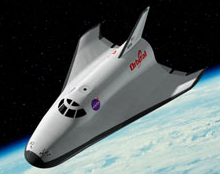 The Northrop Grumman/Orbital Sciences space plane could ease NASA's space-access problems, but it would not be ready for nearly a decade. | Photograph courtesy of Space Launch Initiative/NASA.

Long before the Columbia disaster, NASA began worrying about its dependence on a fleet of aging, expensive, and fragile space shuttles. In May 2001, the agency consolidated its plans into a program to develop a next-generation shuttle by 2020. That timetable now looks absurdly sluggish, so NASA is focusing on what was, until a few months ago, a secondary part of its manned space strategy: the multibillion-dollar Orbital Space Plane. "It will be a lifeboat for the International Space Station and a transport system that supports a four-man crew on the station," says Dennis Smith of the Marshall Space Flight Center, the program manager for the project.