Where Do Old Colliders Go to Die?

After the LHC comes online, old accelerators will stand by, just in case they're necessary, get salvaged for spare parts, or just lie untouched in the ground for years. 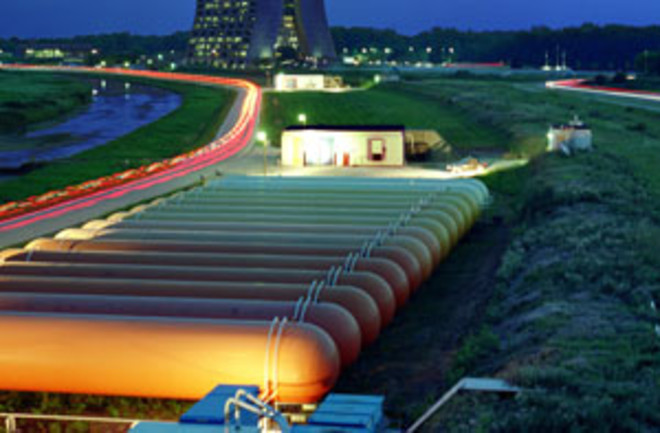 The Large Hadron Collider (LHC) got off to a famously troubled start last year as an electrical failure hobbled its launch. But a reboot is scheduled for this summer, and once the kinks are worked out, the LHC will finally earn the title of the world’s most powerful accelerator. Seven times more energetic than its predecessor, Fermilab’s Tevatron, this synchrotron will peer back in time to conditions that existed a billionth of a second after the Big Bang. With the LHC’s ascendancy also comes a seismic shift in the pecking order of particle physics as once-great colliders suddenly become also-rans.

Tevatron, for one, refuses to pass quietly into obsolescence. Last fall scientists posted a description of a surprising anomaly in Tevatron data indicating that muons detected in their experiments appear to be descended from particles that cannot be explained by the standard model or by known background noise. Either an unknown, unpredicted particle has been found or a more mundane explanation has eluded the hundreds of scientists on the team. While physicists crunch data for explanations, one thing is clear: Tevatron is still alive and kicking.

Aside from its muon puzzle, Tevatron is still searching for the Higgs boson; physicists will push the collider for clues as long as it operates. Last year researchers on the Collider Detector at Fermilab (CDF)? project and the DZero experiment produced results that constrained the possible mass of the Higgs. Physicists expect to continue testing that will help pin down the possible mass of the particle.

Tevatron is slated for shutdown in 2010, with a possible extension into 2011. Although the accelerator is expected to halt proton-antiproton collisions then, operators will probably keep the facility on standby for two more years, able to revive it in six to nine months if needed, says Stephen Holmes­, Fermilab’s associate director for accelerators. It could be brought out of standby mode to do neutrino physics or to collect data if the LHC’s problems continue.

Other major colliders will continue probing the properties of the young universe at lower energies. The Brookhaven Relativistic Heavy Ion Collider shoots gold ions at each other at 99.995 percent of the speed of light. The eight-year-old accelerator has at least 10 years of research ahead of it, says Steven Vigdor, Brookhaven’s associate lab director for nuclear and particle physics. Among its major discoveries is a finding that primordial quarks and gluons may have behaved like a perfect, frictionless liquid a few microseconds after the Big Bang.

Even when particle accelerators die (or get decommissioned), their internal organs can see a second life. Peer institutions or ongoing projects gather round and pick over the remains. Tevatron’s 770 or so dipole magnets, for instance, will stay in place for several years in case another use for them arises, perhaps even in future accelerators.

New projects may eventually acquire other recycled components, including radio frequency amplifiers (for accelerating particles) and superconducting coils (for steering them). The SLAC National Accelerator Laboratory in California constructed its PEP-II accelerator in the 1990s largely using infrastructure from the previous incarnation, PEP-I. With PEP-II having wrapped up its work last year, Fermilab scientists are considering how they might use its magnets in a new machine or in a revamped Tevatron. Italian physicists are also reportedly eyeing some PEP-II infrastructure as they plan a new accelerator near Frascati. Scrap materials can even move on to a life outside of research: Calorimeter crystals can be reprocessed for use in airport baggage scanners or medical gamma cameras.

Some parts, though, never make it out of the accelerator site. Hazardous material may be stored for the eons, while other components may be left in place for lack of another purpose. The Stanford Linear Collider at SLAC sits in the same tunnel it occupied when it was shut down a decade ago, posing an increasing challenge as the people who built it become less and less available to take it apart knowledgeably. Disassembly requires considerable planning and informed decision making. Strict federal regulation governs the handling of irradiated materials, from core components to PC boards, which can turn radioactive from particle bombardment.

“There are complications getting rid of some things once you’ve made them,” says Bill Wisniewski, the technical coordinator who oversees SLAC’s recently completedBaBar experiment. He will ensure that BaBar’s crystal calorimeter, superconducting coil, particle identifiers, and other parts find happy new homes—if there are takers.

Standard ModelA theory organizing the basic ingredients of the universe: 12 fundamental particles and three of the four fundamental forces (gravity is still a mystery).

DZero ExperimentAn experiment based at Fermilab’s Tevatron that uses collisions between protons and antiprotons to study fundamental particles.

Higgs BosonThe elusive particle, predicted by the ?standard model but never observed, that gives all other particles their mass.

HadronA class of subatomic particles made of quarks that interact with other particles via the strong nuclear force. Protons and neutrons are hadrons.