When natural and artificial moons align

A few hours before last week's lunar eclipse started here in the States, the phenomenal astrophotographer (and frequent BA Blog photo contributor) Thierry Legault was in Normandy, France, and got a magnificent picture of a different sort of transit involving the Moon: 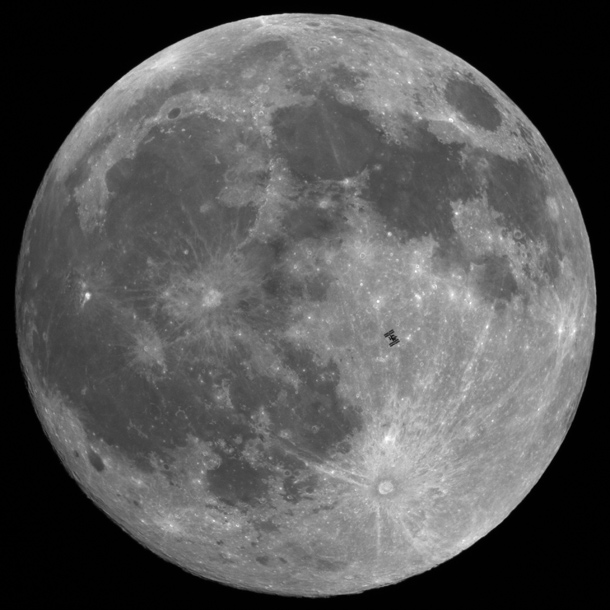 Wow. You definitely need to click to enlunanate and get the giant version. The full Moon would be enough to make this a nice picture, but look more carefully, just above the bright rayed crater Tycho. See that weird silhouette? 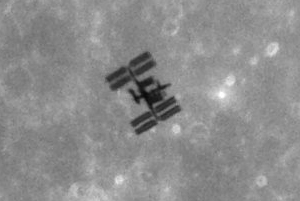 That's the International Space Station! Thierry used software called CalSky to determine the exact time the ISS would pass in front of (transit) the Moon, and was able to snap this shot during the 0.55 seconds it took the artificial satellite to pass in front of the natural one. At the time, the station was 420 km (250 miles) away, yet the detail in the shot is astonishing. You can clearly make out the solar panels and trusses of the station. Hmmm. Come to think of it, the Moon is about 380,000 km away, so it's roughly 900 times more distant than the space station in this picture. However, it's also 35,000 times bigger, so even its much greater distance doesn't diminish its dominance in this photo. It's a stark reminder that we've explored very little of the millions of square kilometers of lunar surface. Also on his page, Thierry has a couple of gorgeous lunar eclipse images well worth your time to look at. In fact, just go to his site and poke around. Thank me later -- much later, because you'll be there a while.

Around the World, Countries Are Racing to the Moon 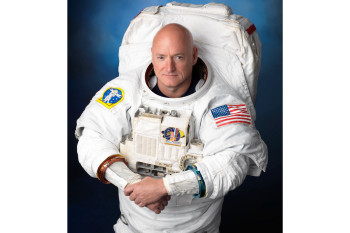