What to Read, View and Visit in October

Read about revulsion, revisit the aftermath of superstorms, and watch waterfalls that wow in 360 degrees. 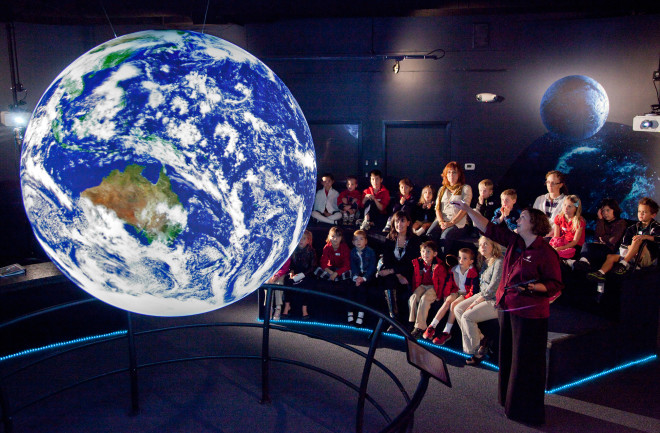 An Appetite for Wonder

Crawling into the mind of one of the world’s preeminent scientists is even more interesting when he’s a gifted writer. Evolutionary biologist Dawkins delves into his earliest adventures as a young boy in Africa, efforts to fit in at English boarding schools and later animal-behavior studies. Each played a role leading to his revolutionary idea that it’s gene survival that really matters in natural selection. Dawkins presented his theory to the world via TheSelfish Gene in the mid-1970s; reaction to the book changed his life dramatically — territory he promises to cover in an Appetite sequel. — Becky Lang

Our species may be the result of successful “Eeew!”-volution. Curtis, a self-described “seasoned disgust researcher,” pinpoints the roots of revulsion in an organism’s parasite and pathogen avoidance behaviors. Consider, for example, how the Eastern tent moth uses the lowest point of its web as a toilet: The waste accumulates until its weight causes it to detach and fall to the forest floor. (Note to self: Don’t camp under Eastern tent moth webs.) Humans, Curtis argues, have elevated getting grossed-out to new heights, including moral disgust, which contributes to social order. Misdirected or in excess, however, disgust can ostracize and oppress. Well-sourced and often witty, Don’t Look delves into the science behind taboos and turned-up noses in occasionally stomach-churning but fascinating detail. — Gemma Tarlach

By Sendhil Mullainathan and Eldar Shafir

Less is not necessarily more. In Scarcity, Harvard economics professor Mullainathan and Princeton psychology professor Shafir examine how having too little of something first inspires focused bursts of creativity and productivity — consider how looming deadlines can motivate us. But a long-term dearth can result in fixations that hinder our decision-making. In a WWII-era study, for example, malnourished volunteers began to obsess about owning restaurants and reading cookbooks instead of figuring out how to get more to eat. Perhaps the men in the study should have read Consumed, journalist Elton’s optimistic road map to global sustainable food production. Elton finds inventive, small-scale farmers around the world turning low-yield agricultural landscapes into bounties, though the book is more wish list than actionable plan. — Tasha Eichenseher

One year ago, Superstorm Sandy pummeled the Atlantic Seaboard, killing hundreds and wreaking about $65 billion in havoc. NOVA’s “Megastorm Aftermath” revisits the 2012 monster’s path of destruction. But it also looks ahead to ways New York and other cities might adapt to rising sea levels — and the increasing likelihood of future Sandys.

The hourlong documentary examines how Arctic warming may be increasing storms’ intensity and altering their paths, and how countries such as the Netherlands are creating climate-adaptive cities to respond to changing conditions.

The massive scale of Superstorm Sandy, shown in a satellite image taken Oct. 29, 2012. The storm’s toll could be a glimpse into a future plagued by more frequent weather systems of Sandy’s size and intensity. (Credit: NASA GEOS Project)

WATER FALLS: Science On a Sphere

Water, water everywhere — but never before quite like this. Using a mix of live-action sequences, animation and satellite data, the NASA-produced film Water Falls melds science with art to convey the dynamic nature of the water cycle. The roughly 10-minute movie was created for spherical projection and will be shown on Science On a Sphere screens around the world beginning with an Oct. 10 premiere at the Space Foundation in Colorado Springs, Colo. Check the website for more locations and a wow-inducing trailer.