Tyrannosaurs, power grids and the science of profanity are among the titles in this month's reading list. 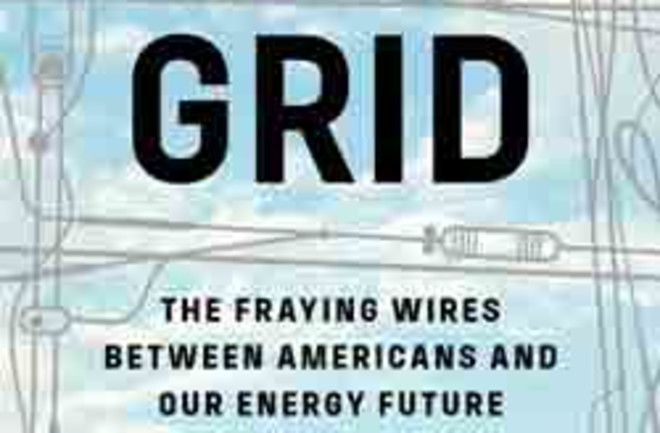 The Tyrannosaur Chronicles: The Biology of the Tyrant DinosaursBy David Hone T. rex may be among the most famous dinosaurs, but on the tree of life, the 5-ton predator of the late Cretaceous is just a single blossom, one of the last species in a long and diverse branch of animals. In his first book, popular British paleontologist Hone traces the T. rex lineage from smaller, far less impressive ancestors through a successful range of carnivores that spread from deserts to beyond the Arctic Circle. While there’s plenty to please dino-philes, Hone also provides a handy primer for anyone somehow not already enraptured with the topic.

Now: The Physics of TimeBy Richard A. Muller What if I told you there are no black holes? That the Big Bang was an explosion not of stuff, but of emptiness? Those are just two of the provocative ideas discussed in this accessible take on the flow of time by physicist Muller.

What the F: What Swearing Reveals About Our Language, Our Brains, and OurselvesBy Benjamin K. Bergen This may not be a book to display in the family library, but it is a fascinating journey to the crossroads of etymology, neuroscience and culture. From the transformation of “normal” words into profanities to a host of conditions that cause uncontrollable cursing, cognitive scientist Bergen explores the science and history behind our species’s ubiquitous profanity.

The Grid: The Fraying Wires Between Americans and Our Energy FutureBy Gretchen Bakke Cultural anthropologist Bakke writes a biography of sorts about our antiquated and overburdened power grid and looks ahead to what may replace it.

How to Read Water: Clues and Patterns From Puddles to the SeaBy Tristan Gooley If you’ve ever yearned to be a pirate and cast a weather eye to the horizon (yarr . . .) or just want some tips for getting out alive if you’re lost in the wilderness, Gooley is your man. The professional expeditioner, who sailed solo across the Atlantic Ocean, knows water. With unflappable practicality, he shares simple ways to understand your surroundings, whether you’re beside a stream or on the open sea at night, without instruments.

And Soon I Heard a Roaring Wind: A Natural History of Moving AirBy Bill Streever Biologist and author of the award-winning Cold and Heat, Streever melds historical detail with seat-of-the-pants adventure in this portrait of a force of nature. He chronicles the history of forecasting and breaks down the physics behind wind in both its most useful and most dangerous incarnations. Then, with little experience, he sets sail on a thousand-mile journey across the Gulf of Mexico and Caribbean Sea to test his mettle.