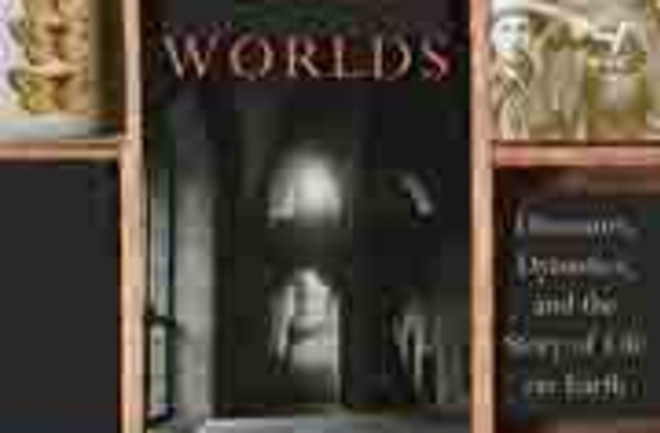 You Belong to the Universe: Buckminster Fuller and the FutureBy Jonathon Keats

Frequent Discover contributor Keats opens his biography of the great American inventor with a fabrication. Specifically, it’s the tale Fuller crafted and recrafted about an alleged suicide attempt and the subsequent epiphany that motivated him to live with purpose. Like his formidable intellect, Fuller’s self-mythology was an elastic tool he stretched to suit the audience and the occasion at hand. In vivid prose that details all of Fuller’s eccentricities and achievements, Keats strips away the icon’s layers to reveal a truer, even more fascinating portrait of the 20th century genius.

Into the Black: The Extraordinary Untold Story of the First Flight of the Space Shuttle Columbia and the Men Who Flew HerBy Rowland White

Aviation historian White recounts one of NASA’s biggest successes with a fast-paced, “I was there” flavor, thanks to the oral histories that informed his research. With colorful characters, a heart-pounding technical glitch and a whiff of Cold War intrigue, White details the space shuttle program’s evolution from idea to thrilling liftoff and safe landing.

Rise of the Rocket Girls: The Women Who Propelled Us, from Missiles to the Moon to MarsBy Nathalia Holt

The Jet Propulsion Laboratory’s earliest days were fueled by math whizzes who happened to be women. Armed with only pencil and paper, these pioneers performed vital calculations — and, per the culture of the day, competed in the “Miss Guided Missile” beauty contest. Writer Holt was clearly smitten while interviewing surviving members of the elite group, and conveys that affection while honoring their story.

Long before educators and policymakers fretted publicly about how to get more young women into science, a little girl in rural Minnesota used her physicist father’s laboratory as her playground. A few decades later, Jahren — now a geobiologist and three-time Fulbright scholar — has penned a memoir rich in both the study of things and the joy that study brings. Elegantly written and often funny and surprising, Lab Girl is arguably a better motivator for a career in science than any mandatory curriculum.

House of Lost Worlds: Dinosaurs, Dynasties, and the Story of Life on EarthBy Richard Conniff

For 150 years, Yale’s Peabody Museum of Natural History has been a repository of the advances — and occasional missteps — of science. From musing over plant specimens collected by Darwin to a blow-by-blow retelling of paleontology’s bruising “Bone Wars,” veteran science writer Conniff lovingly chronicles the institution’s role in advancing our understanding of everything

Are We Smart Enough to Know How Smart Animals Are?By Frans de Waal

“Humans are a strange lot,” writes venerable primatologist de Waal. “We have the power to analyze and explore the world around us, yet panic as soon as the evidence threatens to violate our expectations.” And a growing body of evidence does threaten what we thought we knew about animal cognition. With wit and heart, de Waal uses examples from decades of his own research as well as others’ work to make the case for different types of intelligence in all corners of the animal kingdom.

Capture: A Theory of the MindBy David A. Kessler

Remorse, obsession, fear — all states of mind that can have life-changing consequences for individuals and those around them. Kessler, who served as commissioner of the Food and Drug Administration under two presidents, explores the neurological basis for emotions and afflictions that can make us feel not only out of our minds, but out of control.