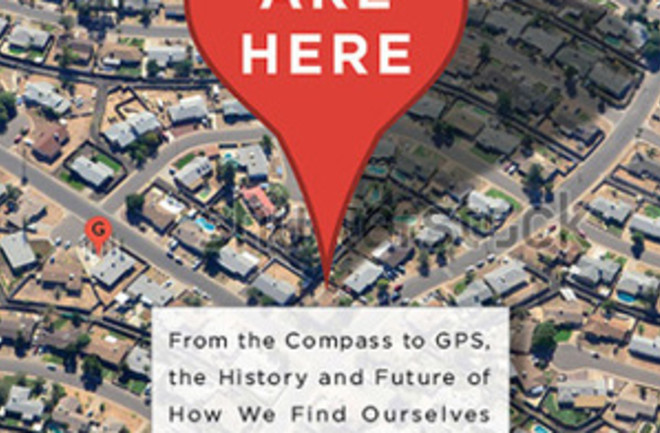 How did navigation evolve from looking up at the stars to punching an address into Google Maps? Journalist Bray covers a wide swath of the history of how we find ourselves, from early cartographers to the birth of Foursquare. Much of the engaging read traces the evolution of military technology, from radar to GPS and spy satellites, weaving in tales of the mapmakers, inventors and scientists behind the discoveries. But Bray also raises thoughtful questions: How do we weigh the value of locational technology, which can tell us where we are at any time, against the privacy concern that government and corporations know where we are all the time? — Dave Lee

The principle of “infinitesimals” — the possibly infinite, hypothetical, indivisible points that populate a geometric line — underlies calculus and much of our modern technology, from airplanes to computers. But back in the 17th century, the unorthodox idea, which dared to suggest the universe was an imperfect place full of mathematical paradoxes, was considered dangerous and even heretical. UCLA science historian Alexander puts readers in the middle of European intellectuals’ public and widespread battles over the theory, filling the book’s pages with both formulas and juicy character development. — Bill Andrews

A Window on Eternity

Mozambique’s Gorongosa Mountain means “place of danger”— fitting for a remote rainforest that saw its biodiversity bulldozed during 15 years of civil war late last century. A Window on Eternity chronicles Wilson’s exploration of the recovering wilderness (now a national park) by helicopter, in an elephant-proof Jeep, and even on hands and knees. The famed biologist still gets giddy as a schoolboy when he encounters ants that can consume a live python, or describes how to hypnotize a dragonfly. Wilson waxes poetic about the marvel of the park’s well-balanced ecosystems, but he changes his tone in the final chapter: a condemnation of humanity trampling the natural world en route to what he calls the Eremocene, or Age of Loneliness. — Breanna Draxler

We’ve all heard the warnings about overusing antibiotics and antibacterial cleaning products. But … now what? We’ve made a hyperhygienic mess of things, so how do we stave off a future of drug-resistant superbugs running rampant in a “catastrophic antibiotic winter”? Blaser, director of New York University’s Human Microbiome Program, presents a sensible plan for reclaiming our microbial balance and avoiding calamity both as a society — he calls for an overhaul of how drugs are prescribed — and on an individual level. (Tip: You might not want to pop that untested probiotic pill just yet.) — Gemma Tarlach