What to Read and Watch in November

This month's entertainment features robotic police reinforcements, balloons of the past and smart cities of the future. 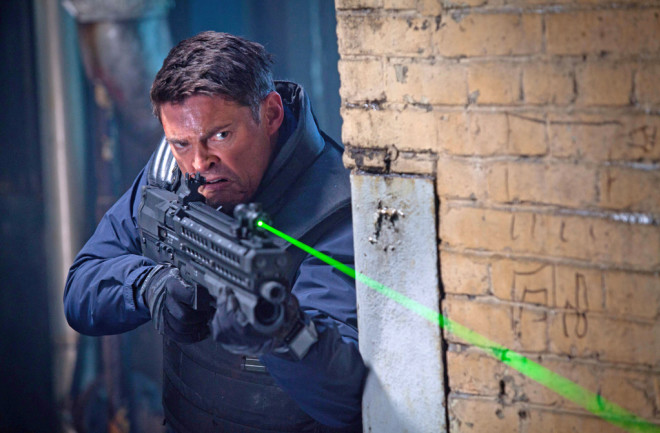 In a gritty urban future where crime has increased 400 percent and bad guys are armed with face-melting, limb-frying weapons, the police call in reinforcements of a robotic kind. Every officer is assigned a “synthetic” as a partner.

But the recommissioned android Dorian (Michael Ealy), who plays sidekick to troubled cop John Kennex (Karl Urban), is no mere man-bot — he’s programmed to be intuitive, and is arguably more emotive than his scarred and sullen human partner.

Sure, there are inventive gadgets and explosive action galore, but the story’s cyborg heart is in the chemistry between Dorian and Kennex, two crime-fighters who together are more than the sum of their parts.

Sets evocative of Blade Runner and a well-paced script for the series pilot suggest Almost Human may be an almost perfect sci-fi fun ride. That shouldn’t be too much of a surprise: The show’s pedigree includes executive producer J.J. Abrams (Star Trek Into Darkness, Lost) and writer J.H. Wyman (Fringe).

Cancer is sneaky. Its tendrils spread across society, from cultural expectations that patients “stay positive” to corporations profiting from both chemo and carcinogens. Stanford anthropologist Jain folds her own experience as a young woman diagnosed with breast cancer into a mash-up analysis of pink- washing, overhyped clinical trials, shaky statistics and the dance of fear and risk between patients and doctors choosing treatment options. It all adds up to a whip-smart read about a disease that involves billions of dollars — and millions of lives. —Becky Lang

When passenger balloons first took to the skies in the late 1700s, they inspired scientific and metaphysical inquiry as well as feats of derring-do: During their century-long heyday, balloons were instrumental in both establishing the field of meteorology and breaking the siege of Paris during the Franco-Prussian war.

British biographer Holmes’ passion for the topic comes through in this rich and often entertaining chronicle of intrepid vertical explorers who risked (and in many cases lost) their lives lifting human flight out of the realm of mythology and into the air. —Breanna Draxler

Writing on the Wall

Luddites alarmed by the rise of smartphones and the Internet of Things, take heart: We’re merely in the latest chapter of a story that began in the crowded streets of Ancient Rome. Standage, The Economist’s digital editor, draws fascinating parallels between information dissemination throughout history and our current world of tweets and status updates. While the chain letters started by Cicero had more substance than your average Reddit post, the constancy of human nature beneath the trappings of technology makes for an insightful read.

Wounded, by Emily Mayhew: Beautifully written, this harrowing trip to the trenches of World War I tells one of medicine’s most pivotal chapters with the pace and tension of a novel.

The Dynamics of Disaster, by Susan Kieffer: Geologist Kieffer analyzes recent earthquakes and eruptions with a clear eye on improving our planning for, and response to, these inevitable events.