An artery meant to disappear before birth is now being found in numerous adults. 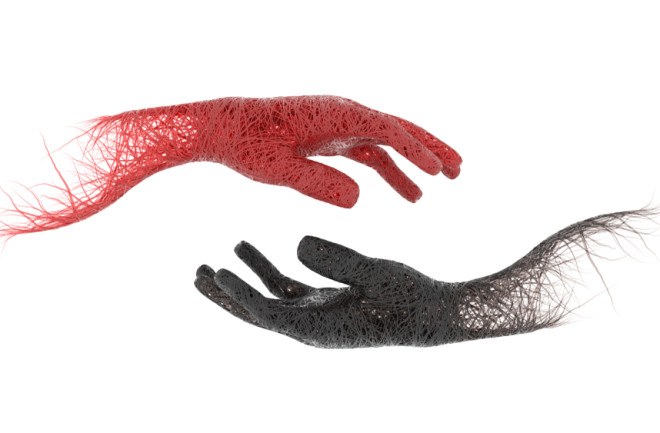 Charles Darwin proposed his theory of evolution by natural selection in the early 19th century. At the time, scientists were just beginning to understand how species evolve and adapt to changes in their environment. Even today, our understanding of human evolution continues to change; perhaps the latest proof that we aren't quite done evolving is the increasing prevalence of an extra artery in the arm.

The mysterious additional artery in question is the median artery, a lifeline for blood supply to the human forearm and hand during early human development. Traditionally, the artery has been considered an embryonic structure that forms in the mother's womb and disappears around the eight-week mark. Under these circumstances, two arteries known as the radial and ulnar arteries then replace the median artery and take on the task of supplying blood to the forearm, hands and fingers.

However, recent discoveries have shown that some of us retain all three arteries well into our adult lives. What does the sudden presence of this additional artery mean for human development and the future of human evolution? Here's what we know!

For centuries, human anatomy has evolved at an increasingly fast rate. An international team of researchers came together in 2020 to investigate the latest development: a significant rise in the number of adults with an extra supply of blood vessels in their forearms. After analyzing the anatomical literature and 20th-century cadavers, the team discovered that the median artery is currently present in about 35 percent of people. Apparently, the median artery has been on the rise since the mid-1880s, during which period the prevalence of the artery was around 10 percent.

"The study demonstrates that humans are evolving at a faster rate than at any point in the past 250 years," said Teghan Lucas, lead author of the study and an archaeologist at Flinders University, in a press release. In fact, Lucas predicts that the median artery will continue to be a common occurrence in the human forearm far into the future.

But is this sudden change in human anatomy a good or a bad thing? According to the researchers, it can be both. The continued prevalence of the median artery has a variety of benefits, such as increasing the overall blood supply in the human body. The artery could also come in handy by serving as an emergency vessel; if any damage occurs to the radial or ulnar arteries, the extra blood vessel would continue to supply blood to the hand. However, the median artery can also act as a double-edged sword, often compressing the median nerve in adulthood and leading to pain and carpal tunnel syndrome.

A Glimpse at Microevolution

The median artery is far from the only example of ongoing human evolution. Sure, we may not be transforming into an entirely different species overnight, but that doesn't mean evolution has stopped altogether. Scientists continue to find new anatomical developments — and the appendix is a shining example.

Our friend Charles Darwin famously theorized that the appendix would shrink over time as a result of changes in the human diet. His theory was based on the observation that a large appendix allowed great apes and humans to digest difficult plant matter and high concentrations of cellulose. And as our source of nutrients changed to more digestible options, our appendix indeed underwent a transformation of its own. Today, a much smaller appendix exists within us and continues to promote the growth of beneficial bacteria in our digestive systems. Researchers theorize that the structure has evolved more than 30 times amongst mammals.

Similar to the appendix, humans have weathered many other anatomical changes to adapt to their ever-changing environments, such as a smaller jaw, an absence of wisdom teeth and even additional bones in our arms and legs. While some changes are smaller than the emergence of a brand-new artery, all of our constantly evolving body parts suggest that evolution is far from over.