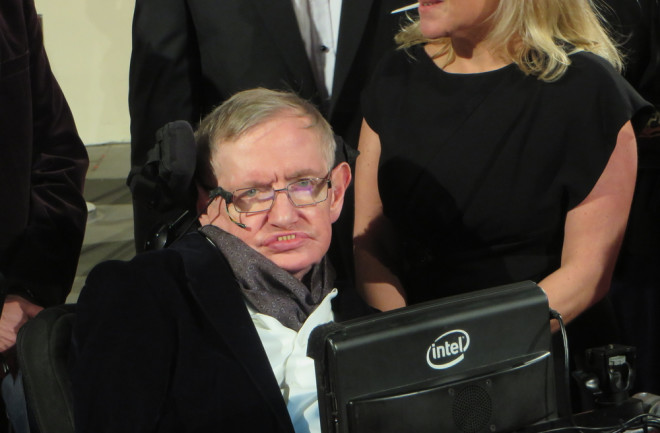 Before he died, renowned cosmologist Stephen Hawking submitted a paper, with co-author Thomas Hertog, to an as-yet-unknown journal. Hawking’s last known scientific writing, the paper deals with the concept of the multiverse and a theory known as cosmic inflation. Though the paper currently exists only in pre-print form, meaning it hasn’t completed the process of peer-review, it’s received a significant amount of coverage.  “Stephen Hawking’s last paper,” after all, does have a bit of a mythological ring to it.

Stephen Hawking wrote a lot of papers, though. Most dealt with the same sort of heady concepts as his last, and few received such an inordinate amount of attention. Claims that the paper make predictions for the end of universe, or could prove the multiverse exists abound. But it’s worth remembering that the things Hawking thought and wrote about are abstract, they exist largely in the realm of theory. Even more well-known concepts like Hawking radiation have continued to elude scientists, so drawing solid conclusions from any one paper is difficult.. Like many topics in theoretical physics, the ideas that Stephen Hawking pondered were so radical and far-out that we usually couldn’t even test them.

And even for one of the brightest minds of our time, the calculations are extremely complex. Hawking and Hertog describe their preliminary theory as a “toy model,” or one that significantly simplifies the real world to make the calculations easier. Such a model wouldn’t necessarily reflect the universe as we see it. No one said theoretical physics was easy.

Stephen Hawking’s last paper is titled “A Smooth Exit from Eternal Inflation?” It tackles the idea of a multiverse, a vast collection of universes that exist simultaneously, though they’re spread out almost unimaginably far from each other. Multiverses arose, the theory goes, because of something called inflation. In the fractions of a second after our universe emerged, space-time expanded at an immense rate. As it did so, tiny quantum fluctuations expanded to become the large-scale features of the universe we observe today, and which serve as evidence that the theory might be true.

Under a variation of the theory that Hawking and Hertog work with, called eternal inflation, this inflation continues forever in most places, but, in some patches, it stops. Where it stops, universes form — our own and others, in a repeating process that never ends. In these universes, the laws of physics all look different, meaning constants we take for granted like the speed of light would vary between them.

“Eternal inflation creates an infinite number of patch universes, little bubble universes, all over the place with this inflating space between them,” says Will Kinney, a professor of physics at University at Buffalo College of Arts and Sciences.

But an infinite number of universes presents a problem to physicists. One of the most fundamental questions in science is why our universe looks the way it does. Why is the speed of light 186,282 miles per second? Determining the probability of our universe looking the way it does would help scientists get at the answer. Finding probabilities involving infinity is a useless exercise, though. What Hawking and Hertog have done, using a lot of complicated math, is to propose a way that we could define some boundaries on the kinds of universes that might exist.

In addition, these universes might look a little more like ours, according to Katie Mack, an assistant professor of physics at North Carolina State University.

“The prediction is for … a smaller number of universes and they would have more in common with each other,” she says. “You could draw more of a straight line between the early universe and what we see today.”

If the kinds of universe that could possibly exist is finite, then scientists could begin to understand how and why our universe looks how it does today. Hawking’s paper does not tell us exactly what kind of universes might exist, nor does he definitively prove multiverse or cosmic inflation theories. As Kinney points out, Hawking and Hertog don’t even suggest any ways that we might be able to see evidence of the multiverse, meaning that their theory remains, for the moment, untestable.

The two rely on something called the holographic principle to conduct their work. It’s a way of reconciling quantum mechanics with gravity — the physics of the very large and the very small, as Mack, puts it. The holographic principle states that all of the information in a volume of space is contained in the boundary of the volume. In effect, it compresses a 3-D space into a 2-D space, and the end result is to make the calculations easier.

It’s something that many other researchers use in their work, and Johnson stresses that Hawking and Hertog’s paper, while intriguing, is simply another entry in the field.

“It’s two very good researchers adding a paper to the many very good papers that have been incrementally moving this framework of ideas,” Johnson says.

Hawking himself appears to have been still at work on the theory. Just weeks before his death, he submitted a newer version of the paper containing substantial changes. His co-author Hertog will surely continue to refine the work as well.

In the end, this paper is an interesting hypothesis about how our universe could look on the largest scale. It may not reshape our view of the cosmos — at least not yet — but it adds more intellectual firepower to our collective arsenal. And that’s probably what Stephen Hawking would have wanted.