What is the Fifth Force?

Scientists in Hungary claim to have found a new particle that reveals a fifth force of nature. 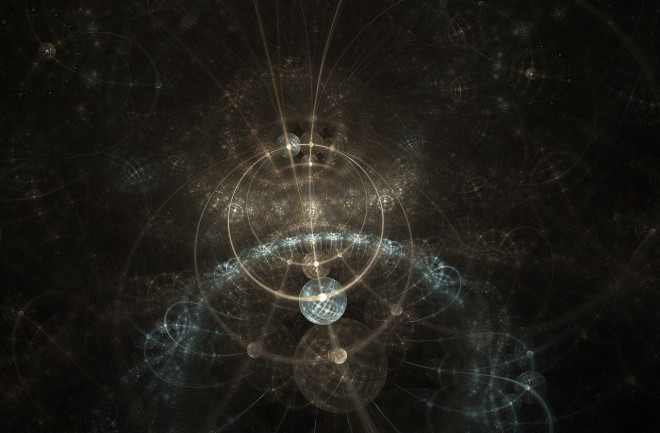 A team of researchers say they’ve discovered a new force that exists outside the textbook four fundamental forces of nature. (Credit: Pexabay/Insspirito)

In recent years, a group of Hungarian researchers have made headlines with a bold claim. They say they’ve discovered a new particle — dubbed X17 — that requires the existence of a fifth force of nature.

The researchers weren’t looking for the new particle, though. Instead, it popped up as an anomaly in their detector back in 2015 while they were searching for signs of dark matter. The oddity didn’t draw much attention at first. But eventually, a group of prominent particle physicists working at the University of California, Irvine, took a closer look and suggested that the Hungarians had stumbled onto a new type of particle — one that implies an entirely new force of nature.

Then, in late 2019, the Hungarian find hit the mainstream — including a story that featured prominently on CNN — when they released new results suggesting that their signal hadn’t gone away. The anomaly persisted even after they changed the parameters of their experiment. They’ve now seen it pop up in the same way hundreds of times.

That leaves some physicists excited by the prospect of a new force. But even if an unknown force is not responsible for the strange signal, the team may have revealed some novel, previously unseen physics. And if confirmed, some think the new force could move physics closer to a grand unified theory of the universe, or even help explain dark matter.

However, so far, most scientists remain skeptical. For years, researchers tied to the Hungarian group have claimed to discover new particles that later vanished. So other scientists are content to wait for more data that either confirm or refute the potentially paradigm-shifting finding. But it could be a long wait.

“From a particle physics perspective, anomalies come and go,” says Daniele Alves, a theoretical physicist at Los Alamos National Laboratory. “We’ve learned over time to not be too biased with one interpretation or the other. The important thing is to get to the bottom of this.”

Physics textbooks teach that there are four fundamental forces of nature: gravity, electromagnetism, and the strong and weak nuclear forces.

We’re quite familiar with the first two forces. Gravity pins us to Earth and pulls us around the sun, while electromagnetism keeps the lights on. The other two forces are less obvious to us because they govern interactions at the tiniest scales. The strong force binds matter together, while the weak nuclear force describes the radioactive decay of atoms.

Each of these forces is carried by a kind of subatomic particle that physicists call a boson. For example, photons are the force particle in electromagnetism. Gluons carry the strong nuclear force. W and Z bosons are responsible for the weak nuclear force. There’s even a hypothetical boson for gravity called the graviton, though scientists haven’t proven its existence.

However, if you ask many theoretical physicists, they’ll probably tell you we haven’t discovered all the forces of nature yet. Others are likely out there, just waiting to be discovered. For example, some suspect that discovering dark matter may reveal a weak new force.

And that’s where the Hungarian group comes in. Without getting too lost in the details, the group shot protons at a thin sample of lithium-7, which then radioactively decayed into beryllium-8. As expected, this created pairs of positrons and electrons. However, the detectors also picked up excess decay signals that suggested the existence of a potential new and extremely weak particle. If it exists, the particle would weigh in at about 1/50 the mass of a proton. And because of its properties, it would be a boson — a force-carrying particle.

But history is littered with reasons to be skeptical of new additions. In recent decades, other groups have also claimed to have found a fifth force, only to have their claims quietly fade away. Around the year 2000, one group proposed a new force, called quintessence, to explain the then-recent discovery of dark energy. In the 1980s, a group of physicists at MIT said they’d found a fifth force, dubbed hypercharge, that served as a kind of anti-gravity. Yet here we are with textbooks still teaching the same four fundamental forces we had decades ago.

That means the most likely explanation for the unexplained new signal is that there’s something off with the Hungarian detector’s setup. However, no one is disputing the data. The findings were peer-reviewed and published in the journal Physical Review Letters — the same journal that published the discovery of gravitational waves. Even ideas in prestigious journals can sometimes be explained away as systematic error, but that’s the way science works.

And that’s precisely what her group hopes to do. Together with a small team, she’s proposing to repeat the Hungarian experiment using equipment that already exists at Los Alamos. The national lab has been a leader in nuclear physics since the creation of the atomic bomb. And today, thousands of top physicists still work there on problems ranging from safeguarding and studying our nation’s nuclear arsenal, to pioneering quantum computers and observing pulsars.

As it turns out, they also have a detector nearly identical to the one used by the Hungarian team.

When you add all that together, Alves believes Los Alamos has exactly the right combination of facilities and expertise to repeat the experiment. That’s why her group quietly worked on their proposal for the last six months, and recently submitted a funding request for review. To gain approval, it will have to win out in an annual competition alongside other projects at the national lab.

In recent years, several other groups likewise have suggested they’ll look for this force. But at the moment, Alves believes they're the main group in the U.S. working to confirm or refute the finding. If they can’t gain approval, it may be years before a university or other group can secure both the funds and expertise to repeat the experiment with the same sort of parameters the Hungarians used.

As with all extraordinary claims, this potentially paradigm-shifting discovery will require extraordinary evidence before people accept it. So we may have to wait a while before we know whether the X17 particle and its potential fifth force will revolutionize physics, or take its place atop the dustbin of debunked and discarded discoveries.