What is Motivated Reasoning? How Does It Work? Dan Kahan Answers

I recently came across this post at Science &amp; Religion Today, authored by Dan Kahan, who is the Elizabeth K. Dollard Professor at Yale Law School. It clarifies so many important issues about motivated reasoning--what it is, what it isn't--that I asked Kahan if I could repost it here, as I think it deserves very wide circulation. He said okay. So here goes: 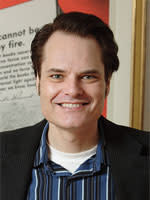 Recently, scholars and commentators have drawn attention to the contribution of “motivated cognition” to diverse political conflicts, including climate change and the birthplace of President Obama. I will offer a few points to help people assess such claims.

1. To begin, motivated cognition refers to the unconscious tendency of individuals to fit their processing of information to conclusions that suit some end or goal. Consider a classic example. In the 1950s, psychologists asked experimental subjects, students from two Ivy League colleges, to watch a film that featured a set of controversial officiating calls made during a football game between teams from their respective schools. The students from each school were more likely to see the referees’ calls as correct when it favored their school than when it favored their rival. The researchers concluded that the emotional stake the students had in affirming their loyalty to their respective institutions shaped what they saw on the tape.

The end or goal motivates the cognition in the sense that it directs mental operations—in this case, sensory perceptions; in others, assessments of the weight and credibility of empirical evidence, or performance of mathematical or logical computation—that we expect to function independently of that goal or end. But the normal connotation of “motive” as a conscious goal or reason for acting is actually out of place here and can be a source of confusion. The students wanted to experience solidarity with their institutions, but they didn’t treat that as a conscious reason for seeing what they saw. They had no idea (or so we are to believe; one needs a good experimental design to be sure this is so) that their perceptions were being bent in this way.

2. Motivated cognition is best understood as a description or characterization of a process and not an explanation in and of itself. For a genuine explanation, we need to know, at a minimum, what the need or goal was that did the motivating (or directing) of the agent’s mental processing and the precise cognitive mechanism or mechanisms through which it operated to generate the goal-supporting perceptions or beliefs.

Examples of the goals or needs that can motivate cognition are diverse. They include fairly straightforward things, like a person’s financial or related interests. But they reach more intangible stakes, too, such as the need to sustain a positive self-image or protect connections to others with whom someone is intimately connected and on whom someone might well depend for support, emotional or material.

The mechanisms are also diverse. They include dynamics such as biased information search, which involves seeking out (or disproportionally attending to) evidence that is congruent rather than incongruent with the motivating goal; biased assimilation, which refers to the tendency to credit and discredit evidence selectively in patterns that promote rather than frustrate the goal; and identity-protective cognition, which reflects the tendency of people to react dismissively to information when accepting it would cause them to experience dissonance or anxiety. Identifying these more concrete and empirically established mechanisms and giving a plausible and textured account of how they are at work is critical; otherwise, assertions of “motivated cognition” become circular—“x believes that because it was useful; the evidence is that it was useful for x to believe that.”

3. To be sure, motivated cognition can make us stupid, but it is not a consequence of stupidity. Social psychologists and behavioral economists distinguish between two forms of reasoning: “System 1,” which is rapid, intuitive, emotional, and prone to bias, and “System 2,” which is more deliberate, more reflective, more dispassionate, and (it is said) more accurate. A long line of research in social psychology, however, shows that “motivated cognition” spans the divide—that is, that needs and goals can unconsciously steer not only rapid “gut” reactions, but also even more systematic forms of analysis that are thought to be examples of “System 2.” Indeed, some researchers have shown that expert scientists are at least sometimes prone to motivated reasoning—that they conform the performance of their reflective and deliberate evaluations of evidence to the desire they have to see exciting conclusions vindicated and disfavored ones rejected. Scary stuff. And humbling (unless as a result of motivated reasoning we see evidence of its operation only in those who disagree with us—in which case, motivated reasoning makes us anything but humble).

4. Work on motivated cognition and political conflict tends to focus more on the need for maintaining a valued identity, particularly as a member of a group. It is certainly plausible that an individual would employ one or another of the mechanisms for motivated cognition to advance her economic interests. But the seeming inability of economic interests to explain who believes what on issues such as climate change, the HPV vaccine, one or another economic policy involving tax cuts or social welfare spending, and the like is in fact the motivation—as it were—for examining the contribution that identity-protective forms of motivated cognition are making.

Dan Kahan is the Elizabeth K. Dollard Professor of Law and a member of the Cultural Cognition Project at Yale Law School.