What is Dark Matter? Even the Best Theories Are Crumbling 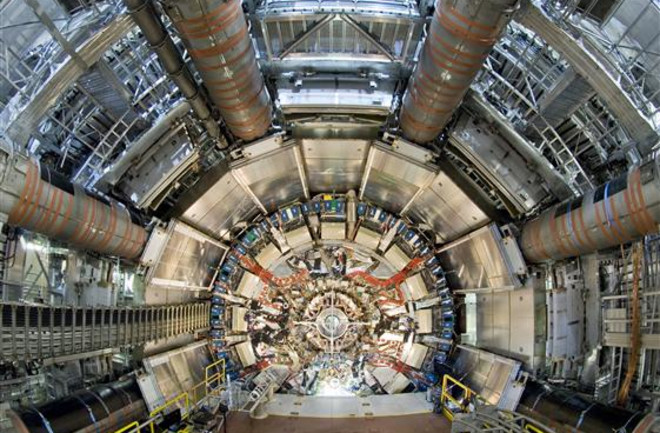 Dark matter research is unsettling. Scientists were unnerved when they first noticed that galaxies don’t rotate by the same physics as a spinning plate. The stars at a galaxy’s edge rotate faster than expected. And their motion can only be explained by a lot of invisible matter that we can’t see.

That was exciting more than unsettling when the field was new and ideas were plentiful and had yet to be proven wrong. Researchers consolidated the possibilities into two main camps, complete with clever acronyms: MACHOs (Massive Compact Halo Objects) and WIMPs (Weakly Interacting Massive Particles).

MACHOs are the less exotic possibility. You and I don’t glow or reflect light terribly well, so it’s perfectly reasonable to suggest that space and galaxies contain lots of stuff — planets, stars not quite big enough to turn on and light up, world-gobbling space worms — that we simply can’t see because they are literally dark and we don’t have a big enough flashlight.

Brown dwarfs are an example of a MACHO, but they don’t exist in large enough numbers to solve the dark matter problem. (Credit: NASA/JPL-Caltech)

Except we can detect some of those objects out there (not the worms) because they’re so massive that they bend light around them. They do exist, and we know they’re there despite their darkness. And yet there’s just not enough of them to make the galaxy-rotation math work. The same problem pops up if we imagine a universe littered with black holes. We would need to see these light-bending gravitational lenses everywhere and we don’t, even when we look very hard.

The search for WIMPs

So the astrophysics community mostly moved on to WIMPs. Rather than big objects, maybe the universe is full of little things we can’t see. These would be swarms of objects like atoms that just don’t reflect or absorb light or any other kind of electromagnetic energy, unlike all the matter we can touch and measure and see around us on Earth. This concept is more unsettling, or it should be if you remember that one of the rules of science is that it’s supposed to work the same everywhere in the universe. We do know that neutrinos exist: tiny, mostly mass-less particles that barely interact with the universe around them. The problem there is that they’re mostly mass-less. We can’t figure out how there are enough of them to make up the 84 percent of the universe’s matter that we can’t see.

So maybe dark matter is a different object we haven’t observed at all yet, something called a neutralino. Researchers have come up with a plausible description of such a particle, how the Big Bang as we know it might have created them, and how they would fit into the standard model of particle physics without breaking everything else along the way.

Is Dark Matter the New Ether?

But we’ve been looking for them for a while. We’ve built incredibly sensitive, bizarre instruments to look for them. These include vats of liquid xenon stored miles underground, and telescopes looking for dark matter particles decaying into things we can see and measure, like gamma rays. It includes the Large Hadron Collider, one of the most expensive science experiments ever built. And we haven’t found them. We haven’t found the WIMPs themselves, and we haven’t found convincing evidence that they exist.

Except, of course, for the persistent evidence we can’t ignore that says the universe is heavier than what we can see.

At this point, the unsettling feeling is growing again. Decades ago, scientists were confident about the existence of the “luminiferous aether” as a medium to carry light. Now, that’s looked back on as a clumsy belief that should have been dropped far earlier than it was. Scientists persisted because they were sure that light, like sound, required a medium to move through in spite of the evidence piling up against that concept. Having been fooled once, scientists have to ask: Is dark matter the new ether?

For decades, a few rogue scientists have stood hopefully at the edge of respectability, offering their theory called Modified Newtonian Dynamics, or MOND. Essentially, it says that physics doesn’t work as we know it at the largest scales. It says we’ve been drawing the wrong conclusions, and dark matter isn’t required to explain the universe. No one has managed to develop a theory of MOND that adequately explains the universe around us, but it occasionally gains converts simply because the competing theory of dark matter has a glaring flaw: we can’t find it.

Perhaps we’re wrong about something in the standard model that defines how the tiniest particles in the universe behave and interact, and dark matter exists, but in a very different form than we’re expecting. Or perhaps we are wrong about the laws of gravity.

Or perhaps, maybe even tomorrow, an experiment will turn up a neutralino exactly where researchers say it should be. A particle will strike a tank of supercooled xenon. The LHC team will discover a new particle. Science is hard, and seen against the long story of scientific progress, we only started looking for dark matter yesterday. Until something changes, we’ll have to rest uneasy with the unsettling possibility that physics as we know it might be very wrong.