What is a "Habitable" Planet, Anyway?

There are thousands of discovered exoplanets, but when it comes to life, we don't even really know what we're looking for. 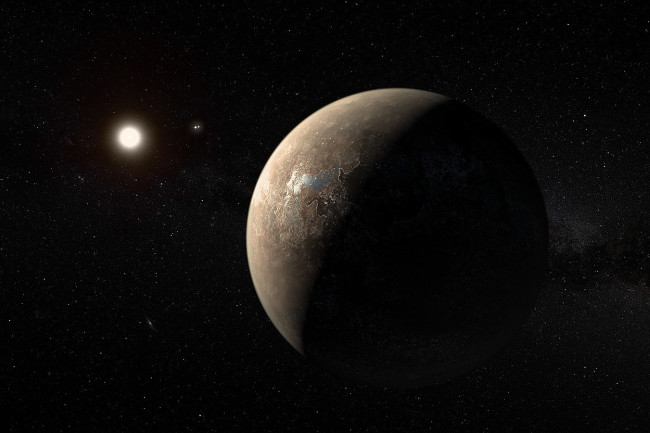 We are living at the greatest moment in history for finding life beyond Earth. We have robots poking and sniffing around on Mars. We have a space probe in the works that will take a close look at Europa, to examine the likelihood of life on an ice-covered ocean world. Above all, we no longer have to wonder if our solar system is unique: We know of thousands of planets around other stars, and it’s clear that the total number of planets in our galaxy alone must number in the billions, if not the trillions.

But with all these rapid advances have come acute intellectual growing pains. It is only natural that people want to know how many of those distant planets could truly support life — to know whether living worlds like our own are common or rare (or unique). The desire for answers runs far ahead of the ability of science to provide them, unfortunately. And so we end up with whiplash conclusions based on the latest speculative study: Red dwarf stars are great places to find habitable planets … or maybe they are deadly. Earth couldn’t sustain life without the Moon … or maybe the Moon is not necessary at all.

Too often these days, astrobiology research sounds like the ping-pong headlines from the world of health studies: One day coffee gives you cancer, the next day it saves your life. It’s hard to make sense of what we really know about the likelihood of alien life. Case in point: Does a habitable planet need active, Earthlike geology, including plate tectonics? A couple months ago, a long, thoughtful article in Quanta magazine made the case that plate tectonics is crucial to terrestrial life. Then two days ago, out comes a press release from Pennsylvania State University: “Plate tectonics not needed to sustain life.” 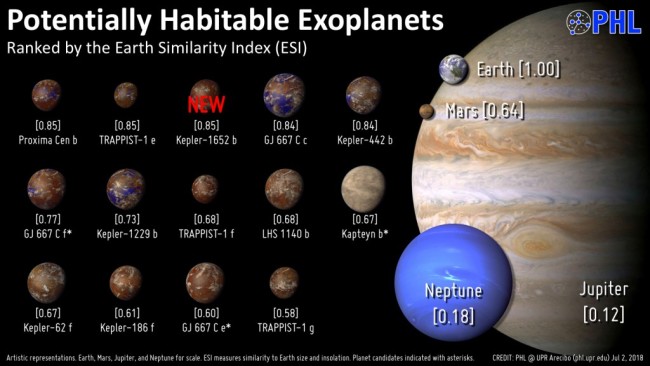 Exoplanets (planets around other stars) ranked by researchers at the University of Puerto Rico's Planetary Habitability Lab. Note the abundance of disclaimers; the truth is, we know little about these worlds besides their size and the distance they orbit from their stars. (Credit: UPR Arecibo)

It’s not that either story is wrong; it’s that we don’t know enough to say which is right, or rather which is more right. There is no question that Earth’s system of geology, with moving plates and the constant cycling of crustal rock, has had a huge influence on our planet’s environment. Plate tectonics returns carbon into the air and mineral-rich water into the oceans, influencing the global environment. Obviously, all of that is important, but is it essential to life? As the new Penn State study indicates, we just don’t know.

The same goes for arguments about whether biology could take hold on planets around red dwarf stars. Small, dim red stars are by far the most common kind in our galaxy. They seem to preferentially have small, Earth-size planets. They also live a very long time, about a thousand times as long as hotter, more profligate stars like our Sun. If red dwarf planets can support life, then habitable worlds are all over our galaxy. Proxima Centauri, the very nearest star after the Sun, has an Earth-size planet (Proxima b) orbiting where its surface temperatures could plausibly support liquid water. Another nearby red dwarf, Trappist-1, has seven known Earth-size worlds.

On the other hand, there are some major problems with red dwarf stars. They tend to emit powerful x-ray flares that might strip away a planet’s atmosphere. They are so dim that any habitable planet would have to be in a very close orbit to keep sufficiently warm, and at such close range the planet would probably become tidally locked, meaning that one hemisphere would bake in constant starlight while the other hemisphere would languish in eternal night. Some studies also suggest that such planets would form with too much water, smothered in deep global oceans. 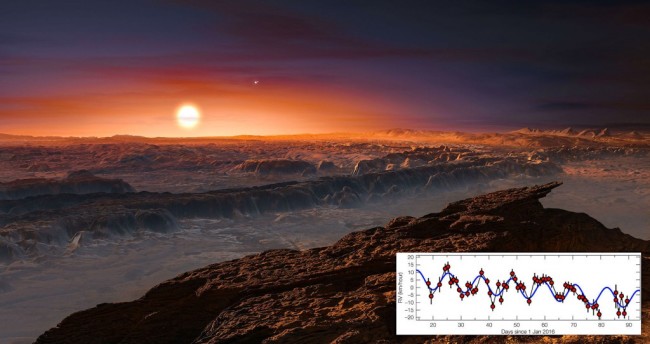 What we imagine versus what we know about Proxima b: The illustration shows a possible landscape on a nearby Earth-size planet. The inset shows Proxima b’s gravitational tug on its star–the only concrete data we have about this tantalizing world. (Credit: ESO/M. Kornmesser/G. Anglada-Escudé)

So which is it? Do red dwarf stars provide abundant real estate for life in the cosmos, or are they dead zones that fry and drown any potential living thing? Search the news and you’ll find plenty more of the back-and-forth claims. Search the scientific literature and you’ll find the same thing. I’ve got to bring out the hand-claps again: We. Just. Don’t. Know.

Fortunately, red-dwarf planets are unusually easy to study because they tend to be nearby, and because they appear relatively large compared to their parent stars. The new Transiting Exoplanet Survey Satellite (TESS) will expand the search for planets around local red dwarfs. The James Webb Space Telescope–if it ever gets off the ground–will be able to make much more detailed studies of these planets. Soon we’ll know a lot more.

That is the critical thing to keep in mind when you take in the latest headlines. We are still learning. There is no shame in that! The pace of progress is astounding. Sixty years ago, it seemed plausible that there were steamy jungles on Venus. Thirty years ago, we didn’t know of a single planet around a star other than the Sun. Proxima b was discovered less than two yeas ago.

We should be proud of how far we’ve come, while remaining humble about how far we yet have to go. Beware of sweeping claims about which worlds can support life, but be equally skeptical about claims regarding which ones can’t. Scientists have barely begun to chip away at the mysteries of why and how life began on Earth. After a half-century of space exploration, we still can’t say if there are microbes lurking somewhere on Mars, and we’ve taken only the first baby steps to examine the case for life on Europa or Enceladus.

I roll my eyes at stories making confident claims about utter unknowns, such as the idea I mentioned that life on Earth could not exist without the Moon. In a universe of vast possibilities, such an argument seems motivated less by science than by an emotional desire to assert our uniqueness. Sure enough, a new study came out last week indicating that some moonless exoplanets might be perfectly happy and stable all the same. It’s fun to speculate, but it’s far more satisfying to gather the real data (and if you can help — by doing the research or by supporting the funding that makes it possible — so much the better).

Results will be pouring in from TESS very soon. New space telescopes, new giant observatories on Earth, and next-generation instruments will soon be finding and analyzing planets in ways never before possible. Soon they will be scrutinizing Proxima b, the Trappist-1 planets, and dozens of other intriguing worlds. What they will find will enlighten us and, no matter how much we stretch our imaginations, will almost surely surprise us as well.