What If the Most Basic Thing We Know About Dinosaurs Is Wrong? 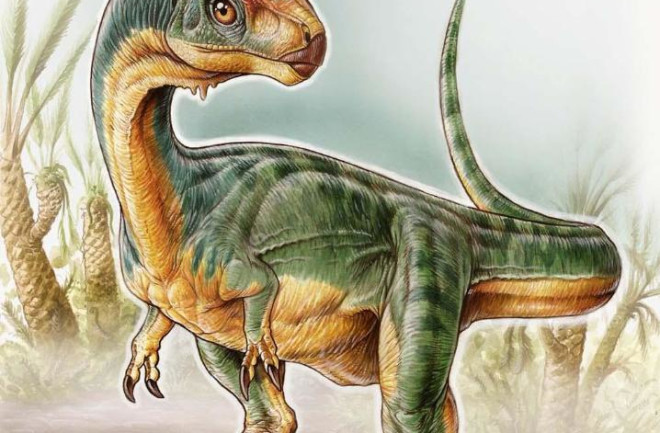 For the Past 130 years, paleontologists divided dinosaurs into two groups, based on a handful of anatomical features — a split they believe occurred early in the animals’ evolution more than 230 million years ago. The “lizard-hipped” saurischians comprised meat-eating theropods such as T. rex and long-necked, herbivorous sauropodomorphs, such as Diplodocus. On the other side of the divide, “bird-hipped” ornithischians included beaked plant-eaters such as Triceratops.

In March, however, Nature published a proposal that trashes the traditional family tree. Instead, researchers placed theropods with ornithischians, forming a group called Ornithoscelida, and put sauropodomorphs with the early and primitive herrerasaurs.

“Our new hypothesis has lots of exciting implications about when and where dinosaurs may have originated, as well as when feathers may have evolved,” says University of Cambridge paleontologist Matthew Baron, lead author of the study.

Not all researchers are so enthusiastic: A number of early dinosaur evolution experts have challenged the proposed reorganization. But even some of the critics are open-minded.

“I don’t think we can be quite sure whether the new or the traditional arrangement is correct,” says Steve Brusatte of the University of Edinburgh, “but new fossils will hopefully help us untangle it.”

Baron and colleagues aren’t waiting for new fossils to be found, however. In August, they published a reanalysis of Chilesaurus in Biology Letters. The dinosaur, first described in 2015 as a bizarre, herbivorous theropod, is actually a primitive ornithischian, according to the study — a placement that would strengthen the authors’ argument for rewriting the entire family tree.