What Have We Learned from the International Space Station?

What are scientists working on up there? 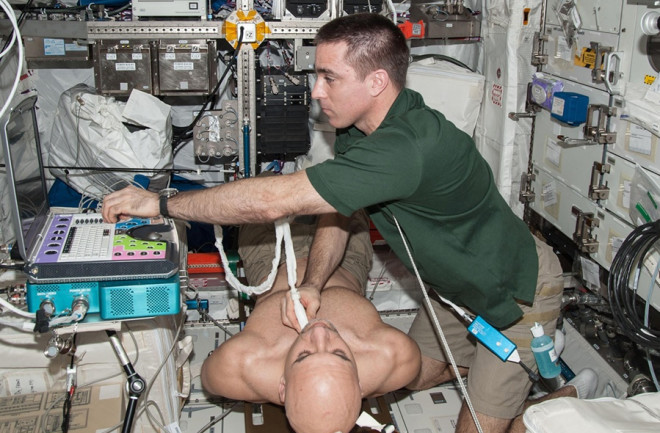 Q: I remember the early days leading up to the International Space Station. There was hope of learning new things, maybe advances in medicine or other areas that could be better studied in zero G. We get reports of people going to and from the station, but for years I haven’t heard anything about the scientific value, if any, of the space station. What are scientists working on up there? — Dick Parker, Denver

A: Well, they’ve definitely been busy. If Scott Kelly’s recent yearlong stint in space isn’t enough for you, scientists affiliated with the International Space Station (ISS) have conducted almost 1,800 investigations and published more than 1,100 studies since assembly of the station started in 1998.

Sometimes, constraints of life on the ISS stoke innovation. One example: In 2000, NASA recruited Scott Dulchavsky, the chairman of surgery at Henry Ford Hospital in Detroit, to study how a portable ultrasound machine could be used to diagnose possible health problems that could occur on the ISS.

Because of space and power constraints, an ultrasound machine has been the only medical imaging tool for humans on the ISS since 2002. (Though scientists were able to bring up a small X-ray scanner in 2014 to study rodents.) Dulchavsky designed a training protocol for people without a medical background to use the device. The ultrasound machine and training worked so well, it’s now used in a similar manner on Earth. People living in areas without access to expensive medical equipment can diagnose many ailments with a quick training session on a portable ultrasound device.

But experts aren’t just researching how to survive in space. They conduct biology and chemistry experiments on the ISS that wouldn’t work back on Earth. For instance, researchers study the structure of proteins, including some that cause disease, by creating crystallized versions of them — but gravity here on Earth interferes with that process. In microgravity, though, the crystals grow in a more orderly fashion. This allows researchers to better understand their structure in a way that could lead to new medical treatments — just some of the hundreds of ways people benefit from this revolving laboratory in the stars.