What Happens When a Galaxy Eats Its Neighbor?

New images show that two rivers of stars—and possibly dark matter—are all that remain of one dwarf galaxy. 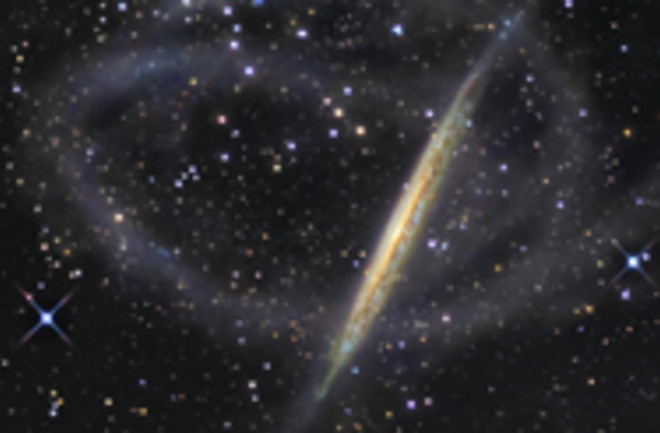 The last remnants of a dwarf galaxy circle the spiral galaxy that tore it apart. Two rivers of stars—and possibly dark matter—are all that remain of the low-mass dwarf after it was unraveled by the gravity of the much larger spiral, NGC 5907. Astronomers have noted that such streams of stars are relatively common in the outer regions of spiral galaxies, a phenomenon that has been observed on the outskirts of the Milky Way as well as around the nearby Andromeda galaxy. This image, taken by accomplished astrophotographer R. Jay Gabany in collaboration with David Martinez-Delgado from the Instituto de Astrofísica de Canarias (IAC) and his international team, shows for the first time in intricate detail the aftermath of a large galaxy destroying and consuming its dwarf neighbor.