If what we see out there is old, how can we know what the cosmos looks like right now? 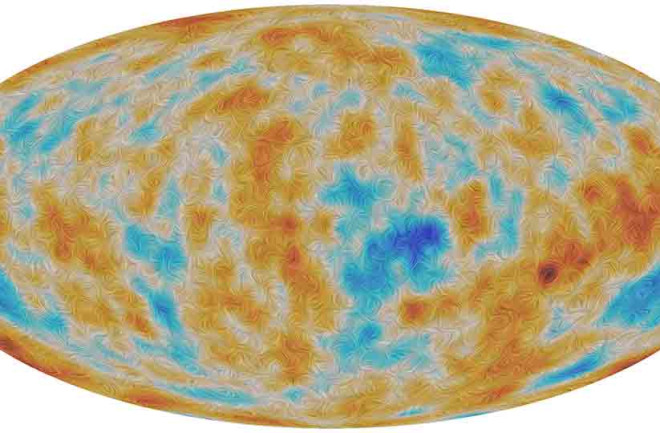 Maps show matter is spread similarly (red is most dense) across the cosmos. So remote reaches should look much like our local ‘hood. (Credit: ESA and the Planck Collaboration)

Q: ”We see the universe as it was hundreds, thousands, millions and billions of years ago. Some of what we see may not even exist anymore. Do we know what the universe looks like today?” — Michael Schantz, Auburn Hills, Michigan

But here’s the thing: To astronomers, 150,000 years isn’t very long. Though the light from the nearest galaxy takes about 3 million years to reach Earth, what we see is a relatively recent picture, considering that a sunlike star lives almost 3,500 times longer than that. The stars visible in our night sky are mostly within 10,000 light-years, so the view likely hasn’t changed much.

As for the very early universe, instruments like Hubble and the Spitzer Space Telescope allow astronomers to find similar objects at varying distances and at different points in their life span. By comparing similar stars, they can build predictive models for how those stars evolve. This means that we can have an accurate picture of what a star that formed in the early universe looks like now, even if we can’t directly observe it. Interestingly, most research suggests that stars and galaxies are scattered evenly across the cosmos. So those remote regions that we see as they were billions of years ago may look extremely similar to our local universe, now.