What caused the Little Ice Age? 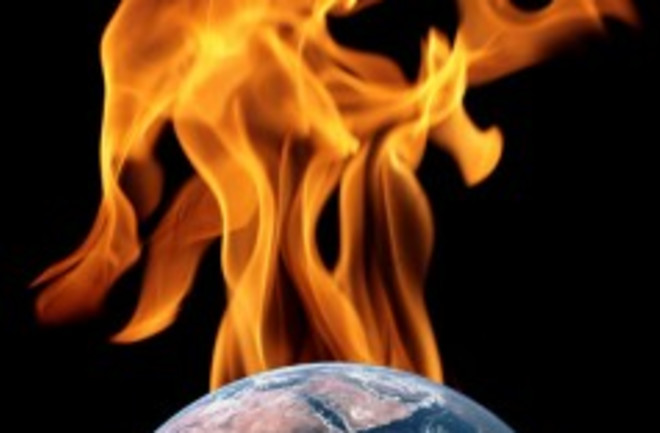 Over the course of several hundred years – most notably in the 17th and 18th centuries — winter temperatures in western Europe were much lower than normal. Glaciers came much farther south than they had before, and a famous painting shows people ice skating on the Thames river — which hasn’t been frozen since. The period is known as the Little Ice Age, and its cause has always been something of a mystery.

However, new research by scientists at the University of Colorado-Boulder (yay team!) may have pegged it: the LIA appears to have started abruptly in the late 13th century, between the years 1275 and 1300. Radiocarbon dating of plants from Baffin Island (north of the Hudson Bay in Canada) and sediment samples from a lake in Iceland indicate that there was a rapid onset of severe cooling at that time. It’s been thought that the cooling started around then, but it’s been hard to pin down until now.

More importantly, this narrows down the cause of the LIA: four tropical volcanoes erupted violently in that period. The ash would have darkened the atmosphere, letting slightly less sunlight down. Some of the gases emitted by volcanoes also cool the air. It seems clear these volcanoes are what triggeredthe Little Ice Age. But why did it last so long?

That may be due to what happened after the volcanoes erupted. Most likely, the warmer temperatures would have melted the north polar sea ice. This fresh water is less dense than salty water, so it would flow on top of the oceans, and wouldn’t have mixed well with the deeper water. This would have slowed the transport of heat from the equatorial waters back up north, cooling them further. That system is what maintained colder temperatures for so long. There were variations — the Ice Age was more of as series of pulses of temperature drops than one long period — but for centuries the heating of the Earth was disrupted in that region.

For a long time it’s been suspected that the Sun played a role here, too. During the period of 1645 to 1715 there were few or no sunspots, a time called the Maunder Minimum. Sunspots are dark, but they’re surrounded by a region, a rim, that emits strongly in the UV. These faculae, as they’re called, actually more than make up for the darker regions of the spots, so in reality sunspots add to the amount of light and heat the Earth receives, by a fraction of a percent. So an active Sun, it’s thought, may warm the Earth a teeny bit more.

However, this study showed that even if the Sun were less active, and therefore not warming the Earth as much, it would have had little effect. The local issues of volcanoes and the additional fresh water were enough to account for the Little Ice Age. The Sun may have played a role, but now it’s less likely to have been a major one.

And when did the cold period finally stop? In the 19th century, at the same time as the rise of the Industrial Revolution. We’re now at or exceeding temperatures of the Medieval Warm Period that existed right before the Little Ice Age.

This work is extremely important, of course, because it has a direct impact on understanding the Earth’s climate. Even more obviously, if you’ve been reading my blog for more than about ten seconds, is that a lot of climate change deniers like to point to the Sun as being the culprit in the rapid warming of the Earth over the past century. However, even before this study was announced, we knew that’s dead wrong: there is nothing to link the Sun to the current rise in temperatures.

I’ll note that the dreadful Daily Mail article I tore apart the other day spends a lot of its time linking the Sun to the Little Ice Age. I find it particularly noteworthy that this Colorado study — years in the making — was announced the same day that article came out. The contrast between careful scientific study and the befuddling assertions of a climate change denier shows the intellectual bankruptcy of the latter. And even then, the Colorado research was hardly needed to show the Daily Mail article was baloney; its own internal failings were apparent when it grossly twisted the results from the UK Met Office (the weather service for the UK).

Also, ironically, around the very same time I was posting my article, NASA released more news that the Sun cannot be responsible for global warming.

The big picture here, the thing to remember and take home, is that real scientists are doing real work to learn more about what’s really going on with our home planet. A lot of folks out there are making careers (and a ton of money) trying to sow doubt on that work, twisting it in any way they can imagine to make it seem like either the Earth’s not warming up (but it is) or that humans are not to blame (but we are). The more we study the past, the more we can understand the present and future, despite any attempts at obfuscation.

More From Discover
Planet Earth
How Does Climate Change Affect Biodiversity?
Environment
No End in Sight for Megadrought Crisis as States Fail to Agree on Use of Colorado River Water
Planet Earth
The Quest for the Oldest Ice on Earth
Environment
The Arctic is Warming Faster Than Previously Thought
The Sciences
Shipwrecks And Lost Cities Come To The Surface In Lake Mead
The Sciences
Dry Lightning Causes Most Destructive California Wildfires
Recommendations From Our Store
My Science ShopDiscover STEM Kits
My Science ShopDiscover 2022 Calendar
My Science ShopStrange Science
My Science ShopElements Flashcards
Shop Now
Stay Curious
Join
Our List