Water microdroplets provide a unique interface that can significantly speed up chemical reactions. 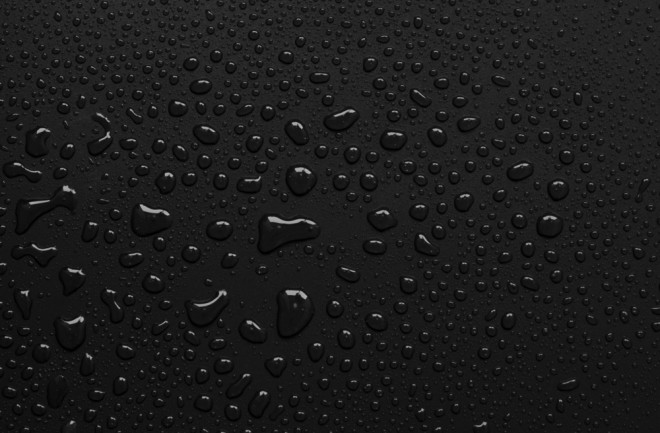 It’s a paradox: Life needs water to survive, but a world full of water can’t generate the biomolecules that would have been essential for early life. Or so researchers thought.

Water is everywhere. Most of the human body is made of it, much of planet Earth is covered by it and humans can’t survive more than a couple of days without drinking it. Water molecules have unique characteristics that allow them to dissolve and transport compounds through your body, provide structure to your cells and regulate your temperature. In fact, the basic chemical reactions that enable life as we know it require water, photosynthesis being one example.

However, when the first biomolecules like proteins and DNA started coming together in the early stages of planet Earth, water was actually a barrier to life.

The reason why is surprisingly simple: The presence of water prevents chemical compounds from losing water. Take, for example, proteins, which are one of the main classes of biological molecules that make up your body. Proteins are, in essence, chains of amino acids linked together by chemical bonds. These bonds are formed through a condensation reaction that results in the loss of a molecule of water. Essentially, the amino acids need to get “dry” in order to form a protein.

Considering that Earth before life was covered in water, this was a big problem for making the proteins essential to life. Like trying to get dry inside of a swimming pool, two amino acids would have had a hard time losing water to come together in the primordial soup of early Earth. And it wasn’t only proteins that faced this problem in the presence of water: Other biomolecules essential to life, including DNA and complex sugars, also rely on condensation reactions and losing water to form.

Over the years, researchers have proposed many solutions to this “water paradox.” Most of them rely on very specific scenarios on early Earth that could have allowed water removal. These include drying puddles, mineral surfaces, hot springs and hydrothermal vents, among others. These solutions, while plausible, require particular geological and chemical conditions that might not have been commonplace.

In our recent study, my colleagues and I found a simpler and more general solution to the water paradox. Quite ironically, it might be water itself – or to be more precise, very small water droplets – that allowed early biomolecules to form.

Water droplets are everywhere, both in the modern world and especially during prebiotic (or pre-life) Earth. In a planet covered by crashing waves and raging tides, the small water droplets in sea spray and other aerosols would have plausibly provided a simple and abundant place for the first biomolecules to assemble.

Water microdroplets – typically very small droplets with diameters around a millionth of a meter, far smaller than the diameter of spider silk – might not seem to solve the water paradox at first, until you consider the very particular chemical environments they create.

Microdroplets have a substantial surface area-to-volume ratio that gets larger the smaller the droplet is. This means there is a significant space where the solvent they are made of (in this case, water) and the medium they are surrounded by (in this case, air) meet.

Over the years, researchers have shown that the air-water interface is a unique chemical environment. The chemistry of these microdroplet interfaces is dominated by large electric fields, partial solvation where molecules are partially surrounded by water, highly reactive molecules and very high acidity. All these factors allow microdroplets to accelerate the chemical reactions that occur in them.

Our lab has been studying microdroplets for a decade, and our previous work has shown how the rate of common chemical reactions can be sped up to a million times faster in microdroplets. Reactions that would have taken a full day could now be complete in just a fraction of a second using these small droplets.

In our recent work, we proposed that microdroplets could be a solution to the water paradox because their air-water interface not only accelerates reactions but also acts as a “drying surface” that facilitates the reactions needed to create biomolecules despite the presence of water.

We tested this theory by spraying amino acids dissolved in microdroplets of water toward a mass spectrometer, an instrument that can be used to analyze the products of a chemical reaction. We found that two amino acids can successfully join together in the presence of water via microdroplets. When we added more amino acids and collided two sprays of this mixture together, mimicking crashing waves in the prebiotic world, we found that this can form short peptide chains of up to six amino acids.

Our findings suggest that water microdroplets in settings like sea spray or atmospheric aerosols were fundamental microreactors in early Earth. In other words, microdroplets may have provided a chemical medium that allowed the basic molecules of life to form from the simple, small compounds dissolved in the vast primordial ocean that covered the planet.

Microdroplets past and future

The chemistry of microdroplets might be helpful in tackling current challenges across many scientific fields.

Drug discovery, for example, requires synthesizing and testing hundreds of thousands of compounds to find a potential new drug. The power of microdroplet reactions can be integrated with automation and new tools to speed up synthesis rates to more than one reaction per second as well as biological analysis to less than a second per sample.

In this way, the same phenomenon that might have aided the origin of the building blocks of life billions of years ago can now help scientists develop new medicines and materials faster and more efficiently.

Perhaps J.R.R. Tolkien was right when he wrote: “Such is oft the course of deeds that move the wheels of the world: small hands do them because they must, while the eyes of the great are elsewhere.”

I believe the importance of these small droplets is far bigger than their tiny size.

Nicolás M. Morato is a Ph. D. Candidate in Chemistry at Purdue University. This article is republished from The Conversation under a Creative Commons license. Read the original article.