Three will return after 204 days in orbit. 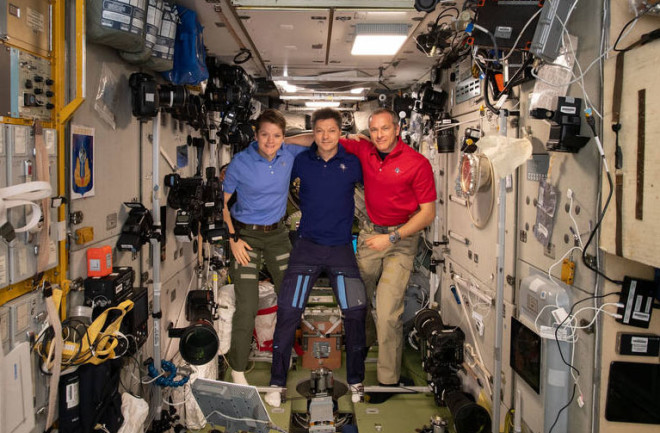 After 204 days orbiting Earth on the International Space Station, three astronauts will return to Earth tonight. June 24 marks the end of their mission as Anne McClain, Oleg Kononenko, and David Saint-Jacques, undock from ISS and eventually land in Kazakhstan.

The three crew members are scheduled to depart the ISS at around 7:30 p.m. EDT and land at around 10:50 p.m. EDT. It will be the astronauts’ first time walking around in normal Earth gravity in over six months.

Once the crew is safely on Earth, medical professionals will be on hand to help them readjust to Earth’s gravity, before they’re flown back to their homes. Kononenko will make the four-hour flight back to a Russian cosmonaut training center, while McClain and Saint-Jacques will have an 18-hour flight back to Houston before they can see their families again.

In the next few months, the returning crew members will undergo a number of tests, as scientists continue to study how microgravity affects the human body.

Left behind on the ISS, are NASA astronauts Nick Hauge and Christina Koch, as well as Alexey Ovchinin, from the Russian space agency, Roscosmos. The trio will wait for their next three crew members to join them. That group is expected to launch on July 20.

McClain, Kononenko, and Saint-Jacques all launched together on December 3, starting Expedition 58 on the ISS. Once Koch, Hauge, and Ovchinin joined, Expedition 59 officially began, but Expedition 60 became the current ISS mission when Kononenko handed the key to the ISS to Ovchinin in a special ceremony on June 23.

McClain, the NASA astronaut, and Saint-Jacques, of the Canadian Space Agency, will be wrapping up their first trips to space. Kononenko, from Roscosmos, will be finishing his fourth trip to space, completing 737 days total away from Earth.

NASA TV will have full coverage of the return trip, which you can watch below.