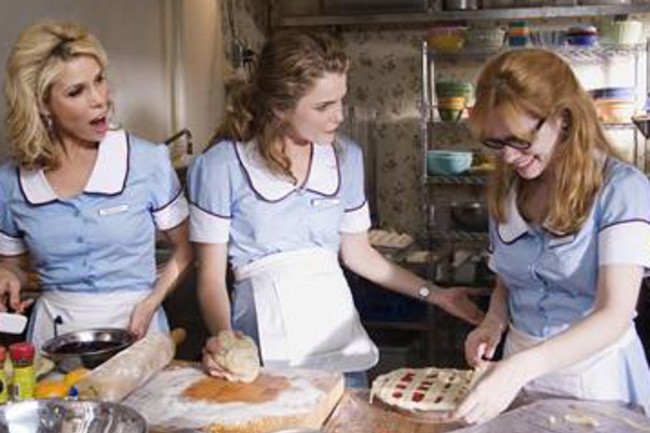 Waitress is a sleepy little comedy which serves as an enjoyable way to pass an afternoon. The film stars the ethereal Keri Russell as the centerpiece of a drama set in a sleepy little town left unspecified, though the mention of Biloxi suggests the Deep South. With that in mind Andy Griffith's starring role is apropos, because just like The Andy Griffith Show this film attempts to communicate southern charm & authenticity sans black folk (I do recall one or two at a bus stop). This sort of surreality pervades other aspects of the film, Russell's fine and crisp beauty seems more Boston Brahmin than Southern Belle, while her languorous rustic accent is peppered with a varied lexicon delivered in a clipped manner. There's some of Junebung in the attempt to drop the audience in as voyeurs upon the alien-yet-All-American paradox that is the idealized small southern town, in Waitress the lives of the characters and their troubles loom far larger so as to overshadow the quaint and pastoral backdrop. Unfortunately the plot is wholly conventional, and it only saved by Russell's engaging if somewhat incongruous performance.