Vote of no confidence 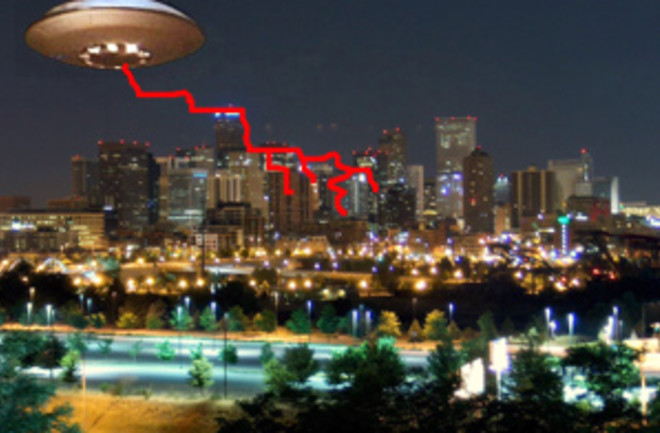 Colorado has some weird stuff in the elections tomorrow. For one thing, Denver resident Jeff Peckman -- the same guy who thought a really badly done video of a Peeping Tom alien was real -- went around to other Denverites and got enough signatures to get an initiative on the ballot to create an alien affairs bureau. I wish I were kidding. I wrote about this last year, hoping it wouldn't come to pass, but he got enough signatures (though many were apparently faked) to get it on the Denver ballot. Yay. Or, I guess, "yay?" Over at the JREF's Swift blog, Karen Stollznow has the takedown of this ridiculous situation. It's tempting to laugh it off, except that 1) it's already cost real money to even get this on the ballot, and b) this election cycle is so crazy that something like this might have a real chance. We'll see. It's too bad I'm not eligible to vote on that. But there are lots of other issues in this election I'm watching, some of which are very serious (like Colorado Proposition 62, which would give a fertilized human egg the status of a person under the law. Yes, seriously. What's next: giving zygotes the vote? Sponsoring the Blastula Non-Discrimination Act, and Take Your Morula To Work Day?). I voted early because I'll be out of town on November 2. But I looked over the list of initiatives very carefully, and I'll be checking my news feeds come Tuesday. I know people of all stripes, beliefs, and ideas read this blog. I urge people to think carefully and logically about the issues in this election, and then to go out and vote. There's a whole lot of nonsense out there this election cycle, far more even than usual. It is quite literally up to us to make sure that reality sees the light of day.