The other day I posted about the record-breaking sighting of the youngest crescent Moon -- the Moon wasn't even new yet! There was some confusion over the image I posted along with that article. That image was taken many hours before the actual record was made, when the Moon was still 19 degrees from the Sun. Martin Elsässer, the man who broke the record, has posted a new image, showing what the Moon looked like just 10 minutes shy of its conjunction (closest passage) with the Sun: 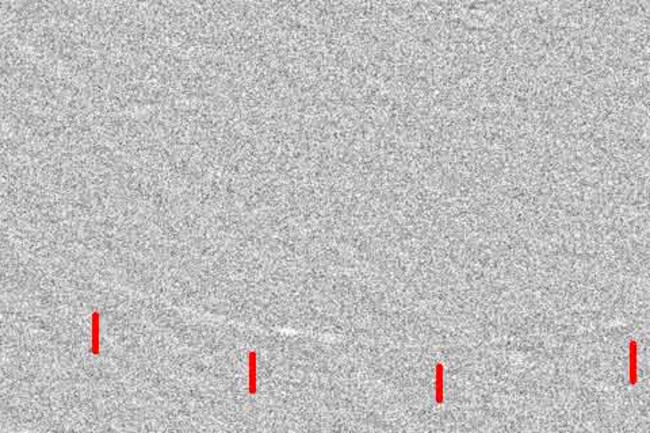 That is an amazing picture. You can barely see the crescent at all; I highlighted it with red lines so you can see it. The closer the Moon gets to the Sun, the less of the lit day side we see, so this picture tells you just how close it was. At this point, it was less than 5 degrees from the Sun. Incredible. Thanks to the folks at Fark for picking up on this story, and for the link to Herr Elsässer's page.