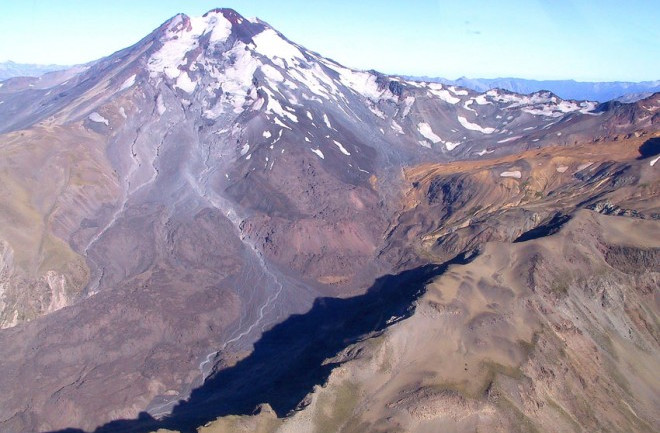 UPDATE June 8, 2012 at 2:30 PM EDT: This hasn't entirely been settled, but the latest report in 24Horas.cl has the SERNAGEOMIN ruling out any volcanic origin to the spate of earthquakes near San Pedro-Tatara (San Pedro-Pellado). This report, however, implicates Laguna del Maule as the potential location of volcanic unrest. Quick report tonight brought to my attention by Eruptions reader GuillermoChile. Apparently, the SERNAGEOMIN has been monitoring an earthquake swarm at Chile's Tatara-San Pedro (also known as San Pedro-Pellado), possibly numbering in the hundreds of small earthquakes over the last few days. The reports are a little scant and the information coming from different parts of the Chilean government are contradictory: the regional governor of the area was quoted as saying that "it is of volcanic earthquakes, so we are on alert" while the regional director from ONEMI said "at first thought that we were facing a volcanic earthquakes, but known reports of the analysis has led to the conclusion that we were facing tectonic type earthquakes". The article in La Tercera also mentions that the volcano hasn't erupted in "decades" while the Global Volcanism Program's entry for San Pedro says that the last eruption is "unknown", likely in the Holocene (last 10,000 years). So, there seems to be lots of confusion (not to mention La Tercera calling the volcano "Catinao"). If this is renewed activity at the volcano, it is potentially the first in recorded history. Tatara-San Pedro has been a focus of a lot of petrologic study, so any new activity would get the geologic community's attention quickly. I'll keep this updated with any new information as it arrives, but hard to tell what exactly is going on at the Chilean volcano.