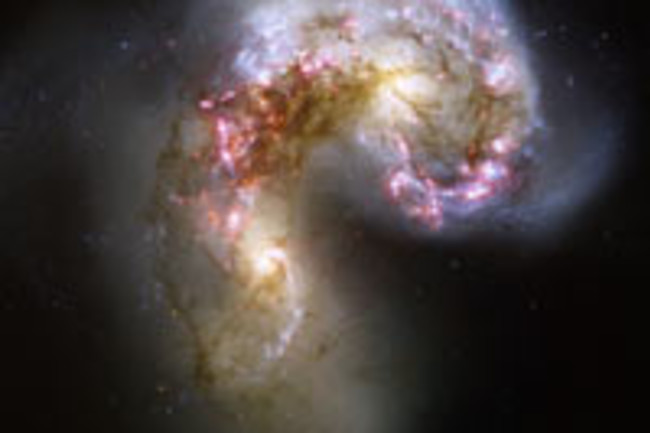 via my friend Marla (who recently wrote the only astronomy article I've ever seen in the Nation) comes this SFGate caption describing a new Hubble Space Telescope image of the antenae galaxies, the Brad and Angelina of colliding galaxies:

Is that a red giant or are you just happy to see me? A new Hubble image gives the sharpest view yet of the two Antennae galaxies, which are shown here basically having unprotected sex. The merging galaxies smash together, causing billions of stars to be born, mostly in clusters.

This must be more of those San Francisco values speaking. The more detailed, PG-rated version of the caption can be found at the Hubble Site.