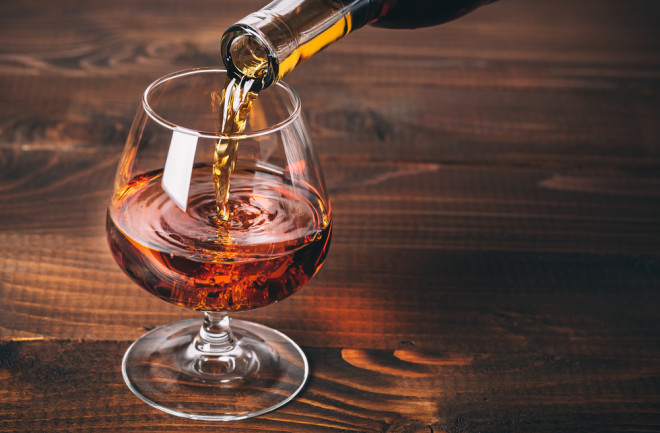 Brandies, such as cognac, are renowned for colors, flavors and aromas that require years to achieve. But scientists in Spain have used ultrasound to cut the time needed for such spirits to mature down to days.

Brandies, stemming from the Dutch brandewijn, or “burned wine,” are powerful alcoholic spirits distilled from wines or other fermented fruit juices. One brandy connoisseur of note, the poet Samuel Johnson, noted that “claret is the liquor for boys; port for men; but he who aspires to be a hero must drink brandy.” The reputation of brandies often help them fetch top dollar: In 2011, a world record was set in Shanghai for an 1858 cognac named Cuvee Leonie that sold for 1 million Chinese yuan (US$156,700). According to London-based market research firm Technavio, the global brandy market is expected to exceed $63 billion by 2020.

As brandies age, chemical interactions between the spirits and the wood casks they mature in grant them their distinctive hues, scents and tastes. These reactions are slow, and aging high-quality brandy currently takes several years.

Previous research found that ultrasound waves can help extract chemicals from plant tissues. Ultrasounds are pressure waves that cause tissues to rupture, releasing bioactive compounds stored within cells at a higher rate. As such, researchers wanted to see if ultrasound waves could help accelerate the aging of brandy.

The scientists flowed distilled wine through American oak chips. As the wine seeped past the wooden chips, the researchers blasted it with ultrasound waves. The researchers found that after only three days of ultrasound treatment, they produced spirits that were similar to brandies aged for years. The scientists will detail their findings in the May issue of the journal Ultrasonics Sonochemistry.

“Obtaining, in three days, a spirit with characteristics near to two-years-aged brandies was something really unexpected for us,” says study co-author Valme García, a professor at the University of Cádiz in Spain.

Eight trained judges, including some of the researchers, deemed the resulting spirits nearly as good as traditional brandies. “They tasted surprisingly well, with good fruity and sweet flavors and a high aromatic intensity,” García said.

For optimal results, researchers kept dark the room where the wine was aged at room temperature. Quality also improved by increasing the amount of oak chips, and when the flow rates and the alcohol levels of the wine were high.

These new findings could lead to novel spirits created with the help of ultrasound. The scientists noted that the boozes they created with ultrasound waves aren’t technically brandies — European law holds that only spirits aged in oak casks can be designated brandies.

“Consumers should not be afraid to confuse a traditional product with our product, since it would not be labeled in the same way,” García said.

This research could also help distillers develop new brandies matured the traditional way. For example, if a company wants to see what brandies aged in cherry casks rather than oak ones are like, “they might use our system so they can predict quickly how their product could be,” García said.

The researchers are now also investigating whether or not ultrasound can help lead to better aged wines. “We hope that the results for wines are as good as the results for spirits,” García said.