These artists scour NASA data for raw materials that they can transform into masterpieces. 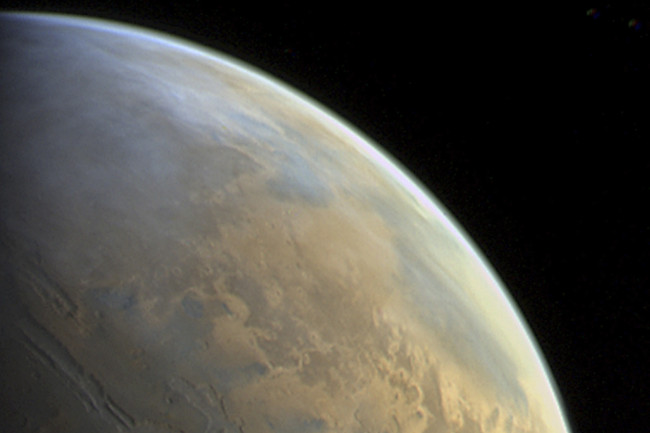 A growing community of space-photo fanatics is finding the beauty behind the science.

Their work shows familiar objects in a fresh light, and coaxes new detail from vintage images. 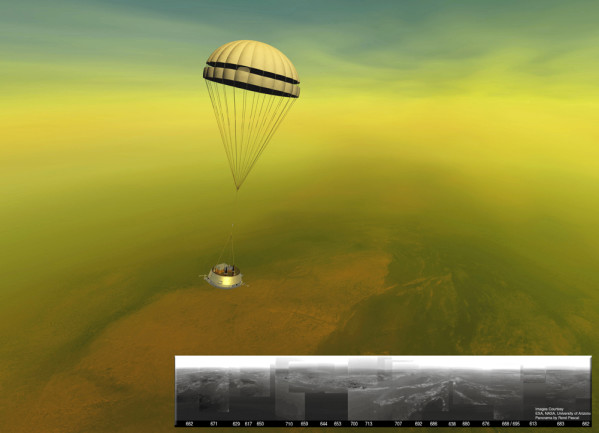 A physicist and amateur stargazer, Pascal has sought Saturn’s moon Titan ever since he saw it passing in front of a star in 1989. He jumped at the chance to assemble images from the Huygens spacecraft, which took pictures during its descent there in 2005.

Undeterred by a spacecraft error that left each descent image without proper alignment information, Pascal painstakingly assembled the available images into an accurate panorama of Titan’s surface as the lander saw it from about 43 miles overhead.

Pascal rendered the colors based on photos from Cassini, colored pictures from the European Space Agency and old spectrographic data from Titan; he based the spacecraft on illustrations from the ESA and NASA. 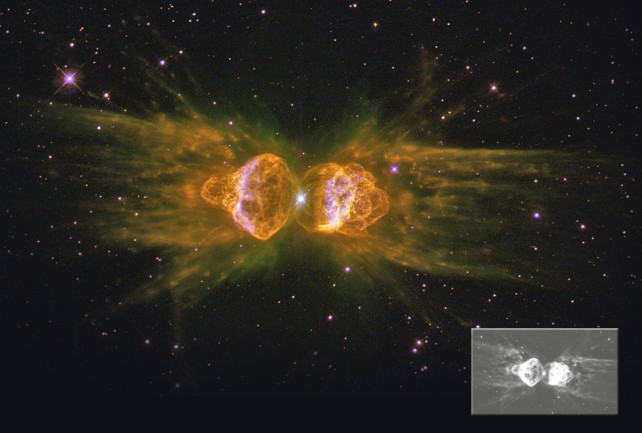 Schmidt, a onetime web developer, creates these images in her spare time.

Her interest in Hubble photos began with the Hidden Treasures contest, which encouraged people to find beautiful overlooked images from the observatory archives.

For this shot of the Ant Nebula, Schmidt started with typical Hubble data sets and combined them to achieve these colors, while also adjusting the color balance and sharpening the details to create an original view of the symmetrical planetary nebula, the remains of a star that blew itself to pieces. 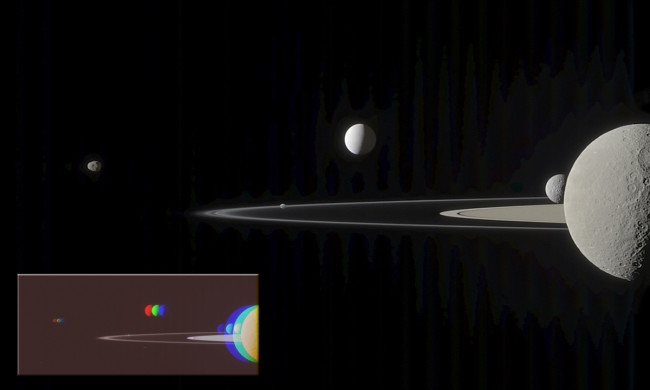 Ugarkovic, a software developer, assembled photos taken through red, green and blue filters for the image, but since Cassini can take only one picture per minute, the positions of the moons changed as the spacecraft sped along.

Ugarkovic had to digitally shift the position of the moons in two color channels to align with the moons in the third. The smaller photo reveals their movement during the time Cassini took each of the three filtered photos. 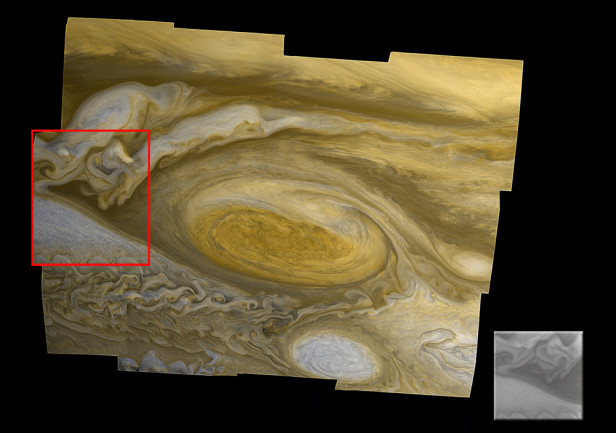 It combines 12 separate frames, each one itself a blend of three color channels. Thirty-seven minutes separate the first and last images, a problem for Jonsson because Jupiter spins so quickly. (It makes one full rotation in less than 10 hours.)

Features on the planet had moved significantly during that time, so Jonsson made numerous adjustments to correct for these and other changes that occurred in each frame during the exposure. 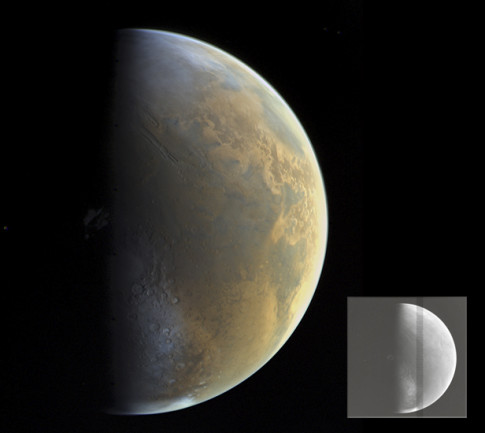 In June 1976, television cameras on the Viking 1 spacecraft captured Mars only half-illuminated, an unprecedented sight.

The photos got wide media exposure, but a month later, when Viking’s lander relayed the first-ever pictures from the planet’s surface, those initial images faded from memory.

Using imaging technology that was science fiction in the 1970s — you know it as Photoshop — she coaxed much finer detail from the original (three black-and-white images through different filters) and processed the color to a more realistic hue. 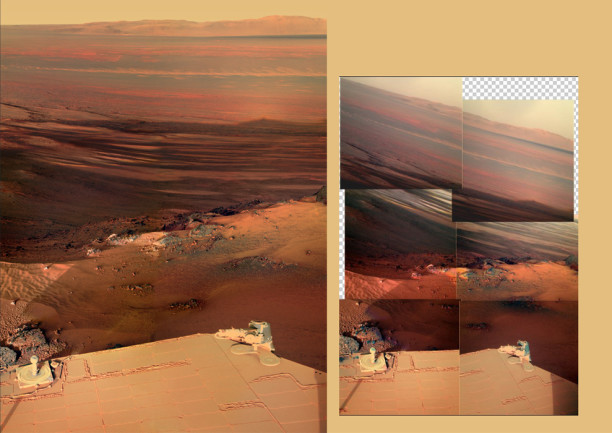 Poised on a ridge overlooking the 14-mile-wide crater Endeavour, the Mars rover Opportunity snapped a photo made more dramatic by the long shadows before sunset. Even the rover’s shadow is visible in the upper right.

Davis is a space artist who drew early inspiration from the work of Chesley Bonestell, a Sputnik-era illustrator whose futuristic illustrations of space travel often appeared in national magazines.

Bonestell’s future has actually arrived, along with the Mars lander that produced the six images that Davis assembled into this mosaic. 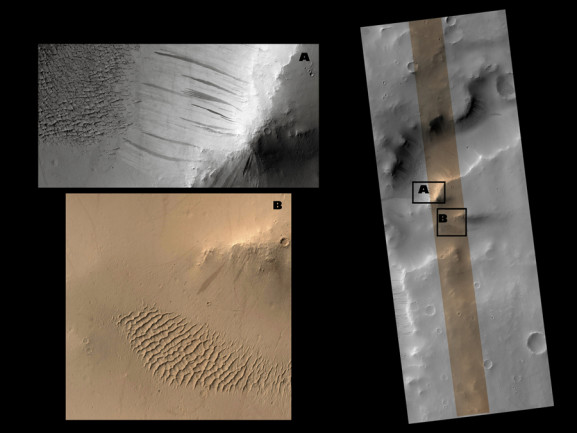 Knowing where to point the camera to get a perfect shot is an art unto itself — especially when the camera in question is 140 million miles away.

Dunford, a communications manager for a Utah software firm, also calls himself a desktop astronaut, blogging about robotic spacecraft and space exploration. This background informed his proposal to the HiWISH program, which takes suggestions for where to point the HiRISE camera orbiting Mars.

Dunford proposed focusing on an ancient riverbed called Verde Vallis. The choice of location resulted in more than just a pretty picture, though. It matched one of the many phenomena — fluvial processes, erosion by moving water — that HiRISE scientists hope to observe in better detail.

This part of the photo (which Dunford did not process) shows windblown dunes in a long, evidence of avalanches (A) and dry riverbed (B).