Titan Is Home to Canyons Flooded with Methane 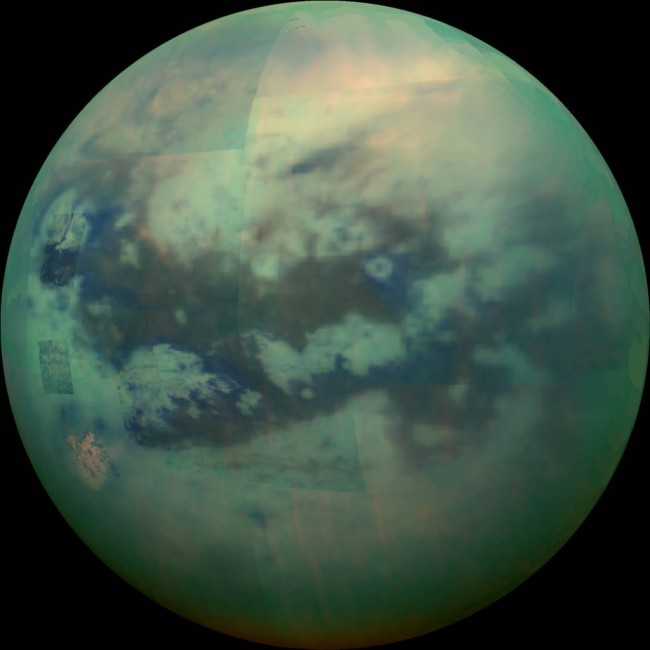 Titan is a strange, strange world — a frigid moon of Saturn larger than Mercury where water is frozen rock solid and lakes of liquid methane permeate the surface. But now there's a new weird fold in the story of Titan: it's got canyons flooded with more liquid hydrocarbons. The find, announced today by NASA and published in the Geophysical Research Letters journal, details "channels" of hydrocarbons — in other words, streams of methane and other organic compounds that flow like water at low temperatures. While the canyon features were known to NASA previously, radar evidence now reveals that the features are liquid and not solid ices. The observations come from a Cassini probe encounter with Titan in May 2013. The channels flow from the giant hydrocarbon lakes into the canyons, some of which are up to 1,870 feet (570 meters) deep. However, the streams are typically less than half a mile long and flow into "ponds" at the bottom of the canyons, rather than carving giant river systems as we might find on Earth. 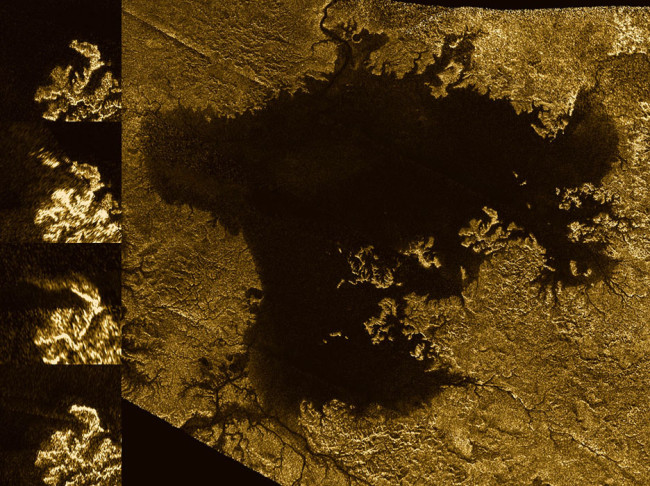 The process is similar to what happens on Earth, but with the chemicals switched up. Canyons on Earth are typically eroded by water to create wide chasms over relatively short geologic periods. But on Titan, water ice is the bedrock, eroded gradually by methane, ethane, and more organic compounds. In fact, many hypothesize that Titan looks a lot like a smaller, colder version of early Earth and could be an ideal place for life to eventually develop. Others hypothesize that it could exist there already utilizing chemistry based on nitrogen. Even weirder, in addition to the bodies of organic compounds on the surface, there may also be a subterranean ocean as seen on other moons like Europa and Enceladus, both of which are believed to be potentially ripe for life. As the only moon with a thick atmosphere, and the only place other than Earth known to have liquid bodies on the surface, there's a lot of enthusiasm to explore Titan in the coming decade. Maybe it's time to greenlight that Titan submarine, NASA.