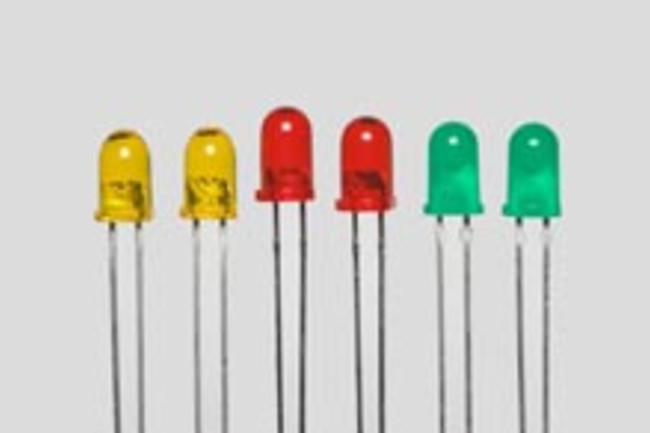 The strange quantum state of entanglement isn't just challenging to think about, it's hard to create. This "spooky" phenomenon—in which two particles are linked, even if they're separated by distance—can be created by scientists in the lab using bulky lasers. But scientists published a study in Nature today in which they created a light-emitting diode (LED) that produces entangled photons. One reason entanglement is exciting is the potential to drive quantum computers that make today's best look pokey by comparison, like so:

Quantum computers exploit the inherent uncertainties of quantum physics to perform calculations much faster than computers currently in use. Whereas conventional 'bits' of information take only the values zero or one, quantum bits, or 'qubits', exist in a fuzzy superposition of both. In theory, this ambiguity allows any number of qubits to be lumped together or 'entangled' and processed in parallel, so that a huge number of calculations can be made at once [Nature].

That's great in theory, but the standard practice for making entangled particles is unwieldy and unreliable, according to team member Mark Stevenson of Toshiba:

Entangled photons have previously been made using a crystal to split laser light into photon pairs. The trouble with such "parametric down conversion" is its unpredictable nature. "Sometimes you get two pairs of photons, sometimes one, sometimes zero," says Stephenson [sic]. "That's not exactly reliable if you want an error-free quantum computer" [New Scientist].

The team's device, which produces these particles just in pairs, is a indium arsenide quantum dot connected to a little LED. (A quantum dot

is semiconductor that measures only nanometers in size—small enough that weird quantum behaviors arise.)

When the researchers supply the LED with electric current, two electrons hop into two positively charged 'holes' in the quantum dot's lattice, releasing energy in the form of a photon pair. Crucially, the nature of this process means that the polarization of one generated photon is determined by the other, so the pair is entangled [Nature].

Using entanglement-producing LEDs for practical tasks is still daunting. The team reports that making these quantum dots is so difficult that only 1 percent entangle particles successfully, and they must be cooled to just a few degrees above absolute zero. But this is an impressive first step toward entangling particles at the flip of a switch. Related Content: 80beats: Physicists Achieve Quantum Teleportation Across a Distance of 10 Miles

80beats: Quantum Cryptography Improves By a Factor of 100; Ready for Primetime?