Tinkering With the Cosmos's Constants

Scientists updated Planck's constant and the gravitational constant this year. 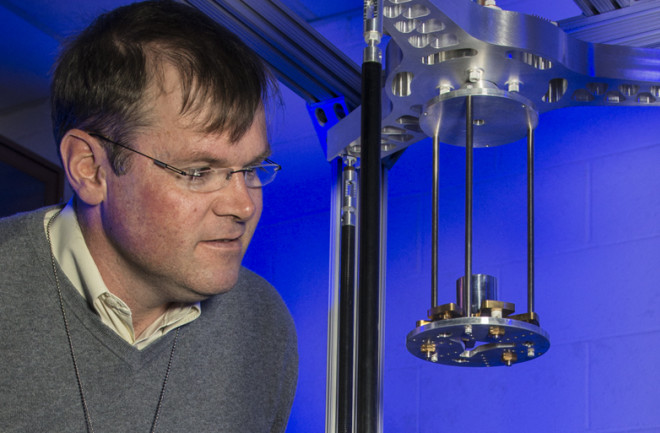 Physicist Stephan Schlamminger tests one of the instruments behind the new Planck value. | National Institute of Standards and Technology

Underlying the universe is a variety of physical constants, values not based on anything — they just are. This year, experiments refined two of them.

By measuring the relationships between electric current, voltage and the pull of gravity, scientists can determine a number of fundamental values, including Planck’s constant. That’s an integral value used in quantum mechanics that describes the relationship between energy and frequency. In January, physicists at the National Institute of Standards and Technology found a more precise value for Planck’s constant — one that differs from the old one by just 22 parts in a billion.

Scientists also updated the gravitational constant, which governs how strongly massive objects attract each other. A team of scientists in Italy used a new experimental setup, measuring the gravitational pull between a cloud of cooled rubidium atoms and tungsten weights. (The new value differs from the old by less than a tenth of a percent.)

These new values won’t change how we see the universe, but they may make our understanding more precise, and eventually that much deeper.