Time Travel Via Wormhole Breaks the Rules of Quantum Mechanics 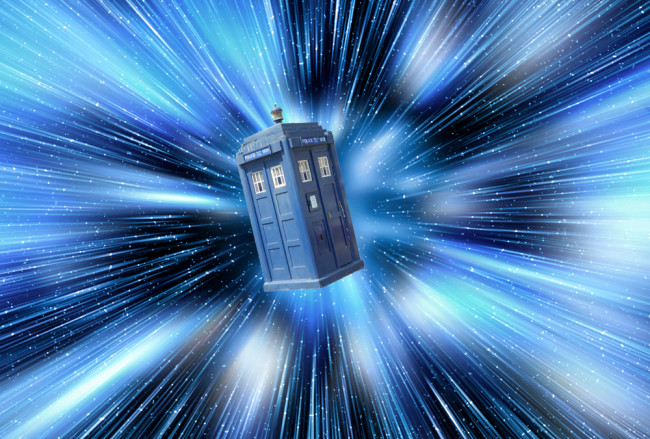 Science has done it again everybody! Brace yourselves for this groundbreaking news, freshly determined by physicists: Time travel, if it exists, may have some weird consequences. Gosh, who’d have thunk it? But no, seriously, a recent article suggests that a certain kind of theoretically possible time machine would wreak minor havoc with a firm principle of quantum mechanics, the often-weird science of the smallest bits of the universe. You know what this means: We get to explore the science of time travel!

Let’s get this out of the way first: Obviously time travel exists, because it’s already the third week of 2014. We’re all time travelers (chrononauts), technically, moving 1 second per second through time. Certain weird side effects of relativity theory also mean time can travel more quickly under certain conditions, so it’s even possible for you to travel into the future (someone else’s future, at least) faster than the usual rate. The “useful” kind of time travel, though, for sci-fi authors and dreamers alike, is into the past, Back to the Future style. And, happily, relativity theoretically can make that possible, too, by warping the fabric of reality, space-time, so much that it loops back on itself. A so-called wormhole (again, officially deemed possible by science) could be the bridge that connects two different times. Okay, so a wormhole-based time machine might actually be possible, if not necessarily very likely. That’s enough for theoretical physicists and mathematicians (often proud to work on things divorced from our reality) to study wormholes and learn what characteristics they’d have, if they existed. A paper in Physical Review Letters does just that, and concludes that a certain kind of wormhole breaks quantum physics a little.

One of the defining (and enraging) qualities of the quantum world is how much uncertainty there is. Heisenberg became famous for quantifying this more fully, but basically, it’s only possible to learn so much about a particle. Thus, this means it’s impossible ever to duplicate a particle perfectly, because that would require knowing everything about it to begin with — a quantum impossibility. This rule against duplicates is known as the no-cloning theorem. But, guess what a time machine (specifically, the one in the study) can do? Create clones! Charles Q. Choi put it like this for Inside Science:

To understand this research, imagine one builds a time machine in the year 2000. One could place a letter into the device in the year 3000 and pick it up within this box in 2000 or any year between then and 3000. From the perspective of the letter, it goes inside this time machine into one mouth of a wormhole in the future and comes out the other mouth of the wormhole in the past.

But as it turns out, wormholes are strange things. For the time travel to work, that letter would have to remain consistent during its trip through the wormhole. So anyone between 2000 to 3000 could theoretically observe that letter, and its particles, multiple times. “It's like there are 1,000 different particles... but in fact they're all the same particle you sent in the beginning," LSU theoretical physicist Mark Wilde told Choi. "You just have all these temporary copies emerging from and going back into these wormholes." And while those temporary copies don’t count as clones, they do provide enough data for attendant scientists to create their own: All those copies provide enough information about the single particle to overcome quantum uncertainty. Thus, the scientists could learn everything about the particle and duplicate it perfectly, making as many clones as they wanted.

As with all speculative science stories, it’s important to keep things in perspective. This finding would have far-reaching and serious consequences for Internet encryption and quantum computers, among other things — assuming these wormholes really do exist. But, equally valid, the fact that this theoretical construction appears to violate known physical laws also suggests that, alas, maybe the particular wormholes in the study just don’t exist. Whatever tricks the universe has up its sleeve, it’s exciting that we’re able to study even its wackiest possibilities in so much detail. I can't wait to see how it turns out (no spoilers, time travelers).