This Is the End

The universe is fading into a cold, empty darkness. It's going to take awhile, though. 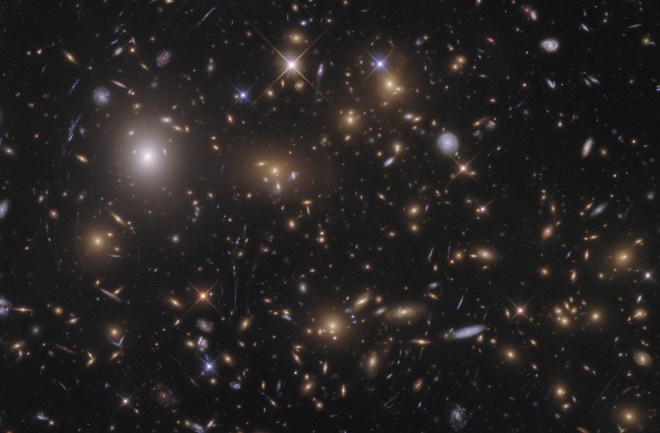 The universe’s galaxies are only producing half the energy they used to, suggesting an eventual untimely end for the cosmos. | NASA/ESA/Hubble Frontier Field Team (STScI)/J. Schmidt

Using the most comprehensive set of telescope observations ever assembled, astronomers found that the universe is dying.

By studying such a large data set — over 200,000 galaxies in 21 different wavelengths, or colors of light, from ultraviolet to infrared — astronomers compared the energy emissions from galaxies across a wide swath of space and time to read the history of the universe.

In August, the international team revealed that the universe is winding down, with the galaxy population producing twice as much energy 2 billion years ago compared with today. Interstellar dust is also piling up, working to dim the universe’s starlight. This falls in line with many predictions that the energy of the cosmos will slowly fade to heat within many billions of years, then cold, empty darkness. Don’t worry, though: Our sun will burn out long before the rest of the universe.