The World's Most Complex Structure

Abstract 248-dimensional map may unify the laws of nature. 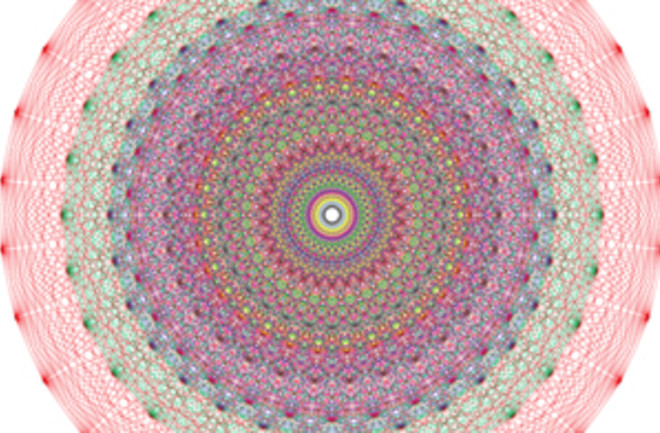 After 120 years of puzzling, mathematicians have mapped out the most complex abstract structure ever conceived, a 248-dimensional representation called the Lie group E8, first predicted in 1887 by Norwegian math genius Sophus Lie. A major theoretical triumph, the result may also hold the key to a unified theory of physics.

The full E8 map is a monster, with almost 100 times as much data as the Human Genome Project. It took a team of 18 mathematicians four years to produce the results, which they finally did with the aid of supercomputers.

A “group” is a set of objects, together with an operation, that exhibit certain symmetries—the set of integers and addition, for instance, form a group. (Add two integers, and you get another integer.) Lie groups are fundamental to physics. All the particles and forces in the standard model, the dominant schema of modern physics, are represented by Lie groups, and their study has become an essential tool for understanding—and attempting to unify—the laws of nature.