The World Loses Its Great Fractal Mind, Benoit Mandelbrot, at 85 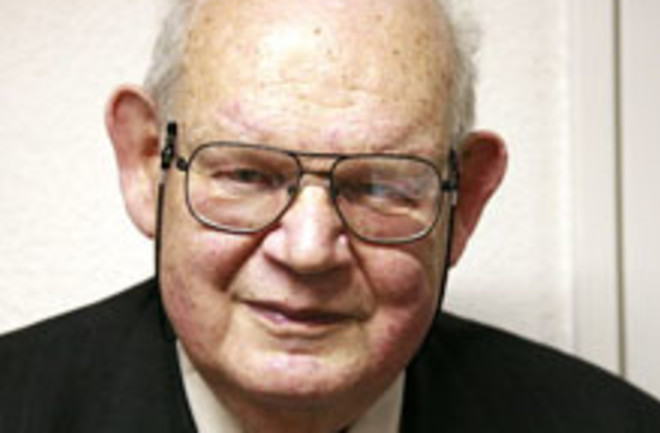 The world is not smooth, made of perfect spheres and unbroken lines. Its edges are tattered and torn, ragged yet recognizable. Last week the world lost the man whose mathematics helped to explain those patterns we see all the time in nature. On Thursday, Benoît Mandelbrot died. His great book The Fractal Geometry of Nature appeared in 1982, and its fascinating notion rests on the idea of a shape becoming more and more complicated the further in one zooms.

"Fractals are easy to explain, it's like a romanesco cauliflower, which is to say that each small part of it is exactly the same as the entire cauliflower itself," Catherine Hill, a Gustave Roussy Institute statistician, [says]. "It's a curve that reproduces itself to infinity. Every time you zoom in further, you find the same curve." [PC World]

By delving into fractals while at IBM in the 1950s and spending the better part of six decades on them, Mandelbrot was able to go where few mathematicians dared to go before—including problems in other fields that were thought too c0mplex to be quantified mathematically.

Over nearly seven decades, working with dozens of scientists, Dr. Mandelbrot contributed to the fields of geology, medicine, cosmology and engineering. He used the geometry of fractals to explain how galaxies cluster, how wheat prices change over time and how mammalian brains fold as they grow, among other phenomena. His influence has also been felt within the field of geometry, where he was one of the first to use computer graphics to study mathematical objects like the Mandelbrot set, which was named in his honor. [The New York Times]

Mandelbrot, like many a cunning mathematician, even tried to find some kind of order in the stock market. But instead of trying to cash in, he issued a warning the world would have been wise to have heeded.

In 2005, Mandelbrot turned again to the mathematics of the financial market, warning in his book The (Mis)Behaviour of Markets against the huge risks being taken by traders - who, he claimed, tend to act as if the market is inherently predictable, and immune to large swings. Fractal mathematics cannot be used to predict the big events in chaotic systems - but it can tell us that such events will happen. [BBC News]

At least while we continue to reel from financial collapse, we can gawk at the images

DISCOVER: The History of Science in Pictures

The Loom: Chaos and Order Battle for Aaron's Back