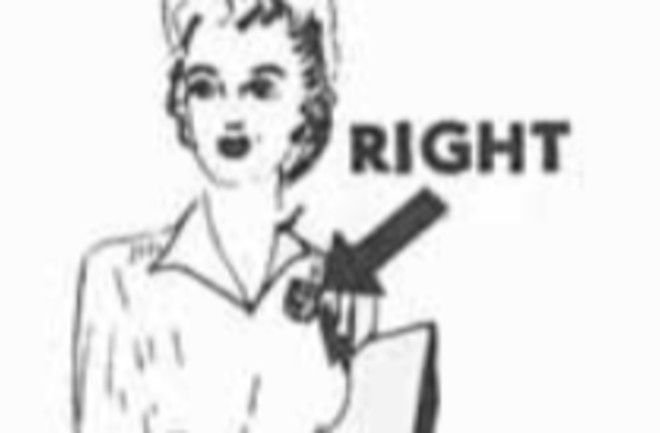 via NASA. Digging into NASA’s Apollo-era history of nuclear propulsion for manned deep space missions, I found another gem in the history of the government not really knowing how to address women’s clothing. This time, we’re talking beauty and badges. For the back story on this image, we need to the Plum Brook Station before it was a NASA centre, all the way back to the Second World War when it was the Plum Brook Ordnance Works. In 1941, some9,100 acres of land was acquired by the US government near Sandusky, Ohio. Operating as a government contractor, the Trojan Powder Company built a munitions factory called the Plum Brook Ordnance Works. For three years during the Second World War, Plum Brook manufactured explosives, namely trinitrotoluene (TNT), dinitrotoluene (DNT), and pentolite. The factory was open twenty-four hours a day, seven days a week (minus a handful of short work stoppages) from just before America’s entrance into the Second World War in 1941 to the war’s end in 1945. In that time, more than eighteen million hours of labour produced some billion pounds of ordnance. The end of the war brought the end of Plum Brook, at least for a moment. The site was shut down and prepared for a return to the government. That transfer came in 1946 when control of the site was transferred to the Ordnance Department in 1946. Work resumed, but the focus was starting to change. In the wake of a war that ended with the atomic bomb, American scientists were starting to consider other uses from atomic power, including propulsion. It was during this period that the Plum Brook Ordnance News, a local paper, printed an infographic telling women how to best wear their identification badges.

What with the frills of female finery, the badge of admittance to the reservation is not always shown to best advantage.

The drawings reproduced here are the work of Carol [Barnhart], 19, mail manager for Ordnance Department. The styles are creations actually works by misses on the grounds and in the offices, according to the all-observant Carol.The miss with the stack of — shall we say A.V.O’s — in her left arm wears the badge in a proper and very conspicuous position. The most myopic guard could readily see it and identify her. The gal in the centre has her badge high on the left shoulder and it is almost obscured by the [feathery] lapel of her blouse. The almond-eyed attraction on the right has deigned to bury her badge in the folds of the material gathered on her left hip.

The NEWS dislikes belabouring, bedevilling, and badgering you with talk about badges and their proper display. It all helps the police department, however. And it all spells safety!

I mean, it’s fair to make sure that an ID badge in a military ordnance facility can be clearly seen, but this is still a lovely little throwback to that awkward era when women were part of the workforce but no one knew how to address things like clothes. This is a side-jaunt from a deep dive into NERVA, NASA’s nuclear engine; Plum Brook became a NASA site in the 1960s at which point it tested a nuclear reactor engine for the first and last time... So keep your eyes open for that in the coming weeks!