The Wearable Reentry Spacecraft of Yesteryear 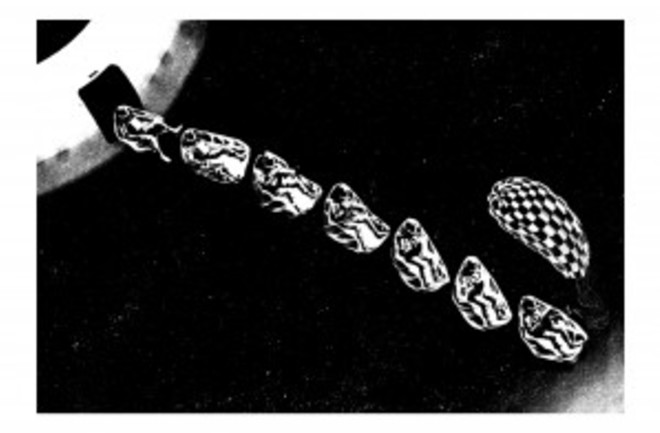 The MOOSE concept. GE. Imagine an astronaut on board a dying spacecraft in orbit. The vehicle is losing power and there’s no way it will be able to make it safely back through the atmosphere. There’s no evacuation system in place and no other spacecraft ready to send up on a rescue mission. Without a way to get home, without some life boat of sorts, that astronaut is going to die in space… This was the nightmare scenario General Electric had in mind when it developed a space lifejacket of sorts — basically the space equivalent of putting on a life jacket and jumping off a burning ship into the ocean. The solution was a one-man escape pod of sorts called a Man Out of Space Easiest, later renamed Manned Orbital Operations Safety Equipment, and it was little more than a wearable reentry vehicle. [embed]https://www.youtube.com/watch?v=mZ-hmkRggFs[/embed] The MOOSE unit was attached to the back of a maximum protection pressure suit not unlike the kind worn during space walks. The unit contained oxygen tanks, a rudimentary sighting system, a small rocket pack, as well as some basic survival supplies. The back of it — which was also at the astronaut’s back — had a quarter-inch thick heat shield made of GE’s Elastomeric Shield Material shaped like a shallow. Filled with rigid foam, it became a lifeboat. Here’s how GE imagined it saving a man from dying in space. First, the astronaut in peril would don his pressure suit then secure himself with straps into the 6-foot mylar bag containing the MOOSE. Zipped up in his space bag, the astronaut would use whatever means possible to put some distance between himself and the crippled spacecraft. Once safely away, it was time to turn the bag it into a reentry pod. Attached to the MOOSE were two containers filled with space-filling foam of different densities. At this point that he would squirt out the foam, allowing it to harden and form a sort of contour couch around him. The denser foam would be behind him, adding structure to the heat shield and the portion that would actually land on the ground. Medium density foam would form the afterbody, the portion above his frontside. The least dense foam would pot him in, creating yielding pockets in this foamy space womb to protect him from the high g-forces associated with reentry. So ensconced, he would use the Earth horizon sighting unit and the onboard deorbit rocket, sparingly for the moment, to reorient himself for reentry. Because the vehicle was so small it didn’t need a lot of energy to begin atmospheric reentry, which gave him the luxury of waiting until he was at the right point on the globe to make a landing. Though the MOOSE could keep him just as safe landing in a desert as it could with an ocean splashdown, he would likely try to land as close to home as possible for the sake of an easier recovery. Finally at the right point, a small push from the retro rockets could get him out of orbit and on his reentry trajectory. He’d jettison the rockets, then just before reentry, he would fire a high-intensity flare and activate a beacon so recovery crews would be able to track his path.

A later schematic of the stages to MOOSE as a means to survival. GE. At that point there was little more to do. The shape of the MOOSE was similar to the blunt shape of the Mercury spacecraft meaning it was sufficiently stable to right itself into the proper orientation during reentry. That meant the astronaut inside could sit back and relax knowing the ablating heat shield would keep him safe. After maximum entry heating, he’d release a second flare and radar chaff as a further aid for recovery crews. At about 30,000 feet the parachute would deploy, slowing his landing speed to a gentle 30 feet per second. The force of the chute deploying would also dislodge some of the foam from around his hands and arms, giving him some mobility inside the little pod. Once on the ground or on then ocean, cutting cords inside the MOOSE would release his upper body enough that he could recover the survival kit embedded in the foam. Then it was just a matter of waiting for recovery crews to take him home. GE spent eight years developing the MOOSE concept before presenting its research. The company tested the foldable heat shield at full scale, flew samples of the material on early Mercury missions as well as ballistic research flights, and even tested the foam to prove it could successfully “foam in” a man. As for the untested elements — the sighting system and the reentry rockets — GE was sure those components could be made with existing technology. All told, the MOOSE weighed between 200 and 470 pounds. It was so light that even with a 180-pound man on board, which was the heaviest NASA was accepting into the astronaut corps at the time, it would have a more gradual and therefore less painful reentry profile. Nothing about the MOOSE was too futuristic to work. GE imagined an astronaut using this satellite life jacket system only in the most dire emergencies, but it seems neither NASA nor the US Air Force saw the same need. The system was mentioned in one 1969 report analyzing different spacecraft configurations, but as we know the MOOSE was never used to save a stranded astronaut. Sources: Manned Orbital Operations Safety Equipment by General Electric; Analysis and Design of Space Vehicle Flight Control Systems vol. XVI - Abort by Arthur L. Greensite.